With so many streaming services out there, all with their own ever-expanding libraries, it can be daunting trying to find something new and interesting to watch, rather than lapsing back into re-streaming the entirety of Friends for the fourteenth time.  Each week, Three to Stream will scour the Internet and offer up three movies/TV shows/documentaries/whatever worth checking out and where to find them.  Let us know what you’re watching in the comments or on the Soundsphere socials and you may be included in next week’s write-up!

A fact none of you are going to believe: I had the idea to do this series a couple of weeks back, before the COVID-19 situation escalated to this point.  Personal life issues meant that I shunted it on the backburner until now, cos I need something to do besides have my Dad’s two cats drive me insane and drown in anxiety over both the ongoing personal life issue and this virus.  I hope everyone reading this is staying safe and doing the best they can, and my sympathies go out to those of you unable to do so for whatever reason.

Yes, I am aware that it is cheating to recommend an entire streaming service for one of these three slots – there I go, already tearing to shreds the very simple structure for this series with loopholes and exceptions – but I wanted to take the opportunity to amplify an offer from the fine folks at Hull Independent Cinema.  In an effort to mitigate their enforced indefinite shutdown, they’ve teamed up with Cinema for All and MUBI to provide 90 days of the latter’s specialty streaming service absolutely free.  And it’s open to everyone, HIC member or no!

For those wondering, MUBI is a movie streaming service specialising in foreign, classic, and independent cinema.  Each film on the platform is handpicked by the staff who keep it running, with them all being viewable for 30 days and cycled around to provide a new film every day.  Every film streams in the highest possible quality available at no extra cost, all films where applicable have multiple language tracks and subtitles, and their limited line-up may not be to everyone’s taste but it always provides something interesting or different to try out.  At time of writing, they’re in the midst of a season dedicated to the massively influential French New Wave father Jean-Pierre Melville, they’ve just finished putting up Park Chan-wook’s sensational Vengeance Trilogy (the one with Oldboy), and you can also catch the criminally underrated erotic drama Secretary amongst others!  The app itself (at least on the PlayStation 4 version) is very basic and again it is a specialty service which won’t be for everyone, but 90 days free is one hell of an offer and it’s good to push outside of one’s comfort zones from time to time.  I know that even I’m trying new films I wouldn’t have considered watching without the MUBI push!

Click the link to sign up for the free trial and use the hashtag “#cinemaforallathome” to show thanks to Hull Independent Cinema, Cinema for All, and MUBI. 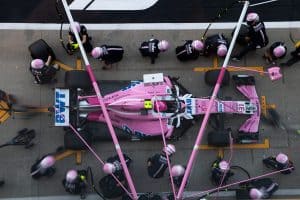 Sport, as we all know, has been cancelled for the foreseeable future, whilst last Sunday’s inaugural effort by Formula 1’s governing body to hold an all-star “Virtual Grand Prix” to tide fans over was, err, a bit of a complete mess.  Still, there are options for those craving a fix.  Last month, Netflix dropped the second season of Formula 1: Drive to Survive, a documentary series by the production company behind Amy and Senna chronicling a year in the life of Formula 1.  Both seasons so far are 10 episodes long (each with variable lengths but never running longer than 50 mins) and operate much in the vein of ESPN’s acclaimed 30 for 30 documentaries, focussing on the narratives behind the racing – the drivers and their histories, teams struggling to live up to expectations, the politics and power moves – more than the racing itself.

In fact, even with the series being made in partnership with Formula 1, Drive to Survive is surprisingly more candid than expected when it comes to discussions of economic inequality between teams on the grid and politicking on all sides which have dogged the sport in recent years – Season 2 even dedicates an entire episode to the notorious “partnership,” with those air-quotes being the size of jumbo jets, between Haas F1 and Rich Energy – although it naturally stops short of being a warts-and-all doc and has narratives of its own to push.  The necessitated focus on the midfield and back of the grid (Mercedes and Ferrari declined to get involved with the first season and only provided limited involvement for the second) provides a spotlight and character to those who normally wouldn’t get much, and the series overall has reminded me of why I used to love watching Formula 1 as a kid.  It’s an engrossing, entertaining, and surprisingly revealing show that’s worth checking out even if you couldn’t care less about F1.

If nothing else, watch it to meet Günther Steiner who is basically what Michael Scott from The Office would be like if he ran a Formula 1 team, only with a lot more profanity. 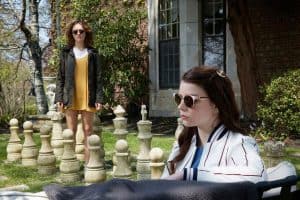 Director Cory Finley’s brilliant sophomore feature Bad Education will finally debut on HBO in the US late next month (hopefully with a UK airing soon to follow), so now’s the perfect time to acquaint or reacquaint yourself with his even better debut: the dryly acerbic dark comedy Thoroughbreds.  Perhaps most fittingly describable as Frances Ha for upper-class sociopaths, the film follows former childhood friends Amanda and Lily (Olivia Cooke and Anya Taylor-Joy, both excellent) who are thrown back into contact with each other when the latter is hired to be the former’s home-school tutor.  Amanda is a self-professed emotionless sociopath, completely incapable of feeling anything for almost anyone and at a point in her highly privileged teenage life where she is comfortable with that fact; Lily is a high-strung straight-A student dealing with a dirtbag hard-ass new father-in-law who’s on the verge of cutting her off from the family’s considerable wealth.

Where things go from that set-up are very simple to explain but best left unspoiled, as Finley’s fat-free yet constantly shifting screenplay deliberately and confidently unveils its true nature, and watching said unveiling with no prior expectations or preconceptions when I caught its UK premiere back at the 2017 London Film Festival was one of the most fun cinema experiences I had all decade.  What I will say is that it is an absolute riot of a movie, with a razor-sharp sense of wit akin to the droll outsider who can verbally cut down the nonsense of the party raging around them via one perfectly-timed quip without ever having to raise their voice.  Finley’s direction is deliriously off-kilter, ditto Erik Friendlander’s clattering and often experimental score, and Cooke & Taylor-Joy are a magnetic screen duo aided by the late great Anton Yelchin in his final role as a pathetic hypocritical drug dealer.  Most of all, it’s just a heck of a lot of fun and I cannot recommend it enough.