In partnership with The Creative Condition, Soundsphere magazine is proud to unleash its latest video interview with Rob Holliday of Sulpher. In this video, Rob (who plays live guitar for The Prodigy and has also performed with Marilyn Manson and Curve) talks about performing in Manchester and why we’ve had to wait so long for Sulpher to return to the UK’s alternative music scene. We also discuss showing support for emerging bands, Marilyn Manson shaving Rob’s eyebrows off as an induction into that group, his touring duties with The Prodigy, what exactly is happening with the next Sulpher album, and what Rob does in his spare time. For those who don’t know yet, Sulpher has been described as an “industrial/electronic rock supergroup” featuring Rob, Steve Monti on drums (formerly of The Jesus And Mary Chain), Tim Muddiman on bass (of Gary Numan, Pop Will Eat Itself) and Andy Spillane. 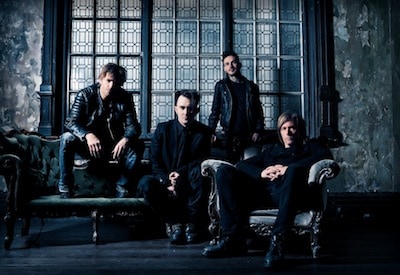