Zeromancer’s Alex on ‘Orchestra Of Knives’, industrial music, and being surprised by Gary Numan

Home » Zeromancer’s Alex on ‘Orchestra Of Knives’, industrial music, and being surprised by Gary Numan

Zeromancer, Norway’s very own industrial rock giants, are back and stronger than ever with the long-awaited album Orchestra of Knives. Released on September 24th, the new record has been the result of many years of work, with their previous album Bye-Bye Borderline having been released in 2013. 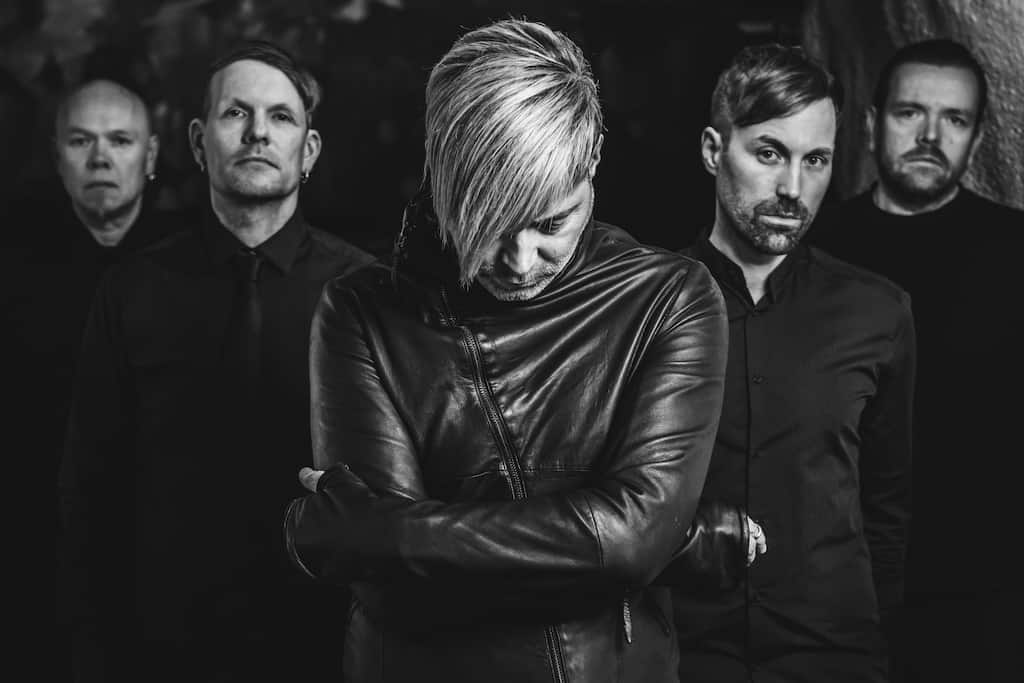 In conversation with Dom Smith, lead vocalist Alex Møklebust discusses the delay in release, getting older, accidentally ending up half-naked in front of Gary Numan.

Orchestra Of Knives is a record bursting with beautifully dark intensity, but it’s release was not quite as smooth as Alex’s haunting vocals.

The frontman reveals that the long wait to release the new record was in fact a strategic decision that factored in how a Covid-19 release would impact the reception of the album.

“We talked to our label and figured out it was smart in this situation, to do three singles and just stretch the moment a little bit,” he says. “We didn’t want to release an album that people kind of remember this time. You don’t want to make music that has this mark and is there forever because of the pandemic.’

But Alex also reiterates how important the extra time allowed by the pandemic was to finish the album, suggesting that the pandemic allowed them to focus and refine each track, as opposed to feeling a struggle in the suspension of live acts and concerts.

“We got off this period easily compared to other bands,” Alex admits. “I really feel sorry for young artists that the last two years which is so important in the building in the start of your career.”

“It made time for us to focus on this. We had some struggle within the band as well, so medical struggles that we sorted out. You should have seen the studio; we look like senior citizens!” he laughs. “It looked weird, but we had the best time. It was a really enjoyable process because all the songs were written years ago so this was all about getting it to fit together and recording it.”

Orchestra of Knives’s starts strong with the pulse-racing track ‘Testimonial’ – a song destined to open an album from its conception many years ago. Alex labels the song ‘a driving song’ that provided the powerful buildup that the song is “what we call a driving song, it kind of just goes on and on. That really came together in the rehearsing space. We needed that song to get that build up and we immediately figure out that it had to open the whole album. It’s been through many processes.

On the topic of success, the singer reiterates the importance of making a distinction between success and personal success.

“Success is in the eyes of all the people, that’s how I see it you know? You’re in the media and blah blah blah whatever. But personal success is the goals you are trying to achieve yourself, which for me is the most important part. When we released the first CD back in the days, it was a huge moment you know? It was the best day in my life, but the rest of the world couldn’t care less. Who cares you know? It was great for me and that and we always remember that time.”

“If you’re lucky to get success as an artist, you will never forget that feeling when you struggle, when you work towards something special and that’s the reason you started. Never forget that. And that’s what we try to do all the time, because you’re gonna get disappointed and you can never control other people, but you can control what you do yourself. Never measure success in other people’s eyes but in measuring what you can achieve yourself.”

Despite the stereotype of slowing down in the music industry as you get older, Alex claims that aging has had the opposite effect on him. Fuelled by his past experience seeing the fruits of his labour, the frontman argues that he actually pushes himself far more than he did before.

“For me, it’s been really important just to work harder and be better because I was never a singer, but I was a decent performer, and together with the rest of the guys it worked rather well. You don’t need to be perfect or the best in one thing you know? It’s teamwork, a band is teamwork but today I’m so eager to learn, to keep on going and I wish I had that when I was like 16… I work so much harder now than I did before to be honest. And it pays off, I really feel it does pay off. For me it’s important to just try to do the best I can do.”

The music industry is a tough business and when tensions rise and release dates loom, we ask Alex, what keeps him motivated?

He reveals that his work with young producers is a huge motivator: ‘You kind of see yourself you know in those young artists which is awesome.’ But alongside inspiring the next generation of industrial artists, the frontman also finds solace in surrounding himself with nature and blocking out the world with sound.

“I’ve got this beautiful little forest not far from here… I normally just put on music, and I take a long walk for an hour… that really does help. It’s a perfect way to listen to your complete album or something. Just put on some air pods and just walk. Just walk.”

Recently, Alex has also found joy in delving into his local record store and digging up some old classics. He reminisces on how those albums signify a certain time in his life; each throwback vinyl is a musical memory lane.

“I remember when we did Clone Your Lover, we went on up to Sausalito in San Francisco to try to mix a couple of songs and at the same time we were in the mixing room, Deftones were doing White Pony and Joe Satriani was in Studio 3 working on something. All these memories…so I had to listen to White Pony. As you can hear on Orchestra Knives, we got really inspired again by some really old classic bands from back in the late 70’s, early 80’s.”

Despite being labelled an industrial band, the versality of Zeromancer is clear throughout their discography. By fusing electronic music with industrial and alternative rock, the band break through the boundaries of the industrial scene, blooming into something both stimulating and striking.

“Zeromancer never fitted in,” asserts Alex, “it was in between somewhere and we kind of like that. Being that little outsider [was] totally fine. I think that kind of industrial mark is probably because of the live shows… we want the live shows to explode a little bit.”

“You can say we have industrial elements but we are definitely a rock band with the electronic elements. That’s always a difficult thing because everybody will evolve somehow but we want to stay true to what Zeromancer is, but in a different way this time.”

Excitingly, Alex suggests that a UK tour is not off the table in 2022.

“Absolutely that’s the plan. Hopefully we’re closer to touring because you need to tour an album. We definitely want to come back to the UK it’s always been a blast. It’s all about timing and everything but we’re definitely gonna do shows in the 2022.”

Looking back on his long career with Zeromancer, Alex recalls a particularly unusual highlight during their first headline tour with Eurotrash back in 2002.

“I was exhausted after the show, went straight into the shower and when I came out of the shower, Gary Newman and his wife was sitting there. And I was like what the f*ck? Gary Newman coming to our show? It was just awesome.” But Gary Newman catching him half-naked wasn’t the end of their entertaining encounters. Whilst on tour, Alex and his bandmates came across Newman putting up a sign on his door saying, ‘interview in progress: do not enter’. The singer jokes that Zeromancer felt the need to also put up a sign during their tour, finally deciding on ‘porn shoot in progress: please do enter.’

Alex Møklebust message to fans of Zeromancer in the UK and around the world is one of urgency and hope.

“It’s up to you to push your local promoter,” he encourages. “We will be ready to do some shows and I think it’s time now for bands and the audience to really enjoy the future. I think we’re gonna have a couple of years with just a fantastic culture and loads of cool concerts coming. I’m really looking forward to this.”