By Dom Smith May 14, 2022 Culture, Features, Interviews, News
No Comments

S] Hi Lucy, how are you today?

Today is a very good day. I’m packing my bags for three nights in North Yorkshire, with my girlfriends from Hull. After a stressful day yesterday finishing things off for my books and work, etc; having a meltdown at a comedy gig (who does that?); and a seriously disappointing hair dye experience (it’s more ‘meh’ than pink) I’m FINALLY starting to relax. I know this because I’m wandering around the house singing.

S] How have you changed and developed as a person, through your career?

I’ve done everything from being a full-time glass collector, to an admin assistant, recruitment consultant, theatre press officer, PR consultant and author. I think it’s safe to say that I’ve finally found my thing – and that’s working in mental health. Whether that’s through supporting charities in their awareness and campaigning aims, or writing about human experiences in novels, I feel that I’m finally in the place I’m meant to be.

S] What does success mean to you?

Success to me is feeling like I’ve accomplished enough that I can have a day off. Basically, I struggle to feel that I’ve been as successful as I could be. I’ve got one of those personalities that simply can’t stop. There’s always more or better that I could do. It’s exhausting with a capital E.

As an example, I’ve currently got one book about to be published (Parklife – I’m publishing that one myself); one non-fiction book currently with a copy editor for a publisher, another novel I’m currently in the middle of writing for another publisher, and a day job of PR consultancy and I’m still feeling panicked that another book of mine needs to break out into the world before somebody else writes something amazing on the topic. I’d love to be able to stop, but I think my husband will have to drag me off on a holiday many, many miles away – minus my iPad – in order for that to happen.

S] How does Parklife push you in new ways as an author?

It’s like a little step forward. My main character, Emma, is two years older than she was in The Twenty Seven Club and she’s learning more about herself – and that’s how I feel about writing Parklife. Although it’s a darker book, I feel that my writing has improved since 27, but I also know there’s still so much for me to learn. But I did follow a completely different writing process for this one – working out the plot and even writing up the synopsis before I started getting the words down. That was a new experience and I actually really enjoyed working that way. My current work in progress is also following that process. It somehow feels less daunting, knowing that I’ve got a clear destination point and thoroughly understand all the hurdles my characters need to clear along the way.

At the end of 27 there’s some kind of resolution. Emma finds some hope and relief. But the reason I wanted to go further with her story is because that was a story of mental health, trauma and anxiety – and you don’t magically become cured from a mental health problem after six sessions of therapy on the NHS. So I wanted to show that recovery isn’t linear, it isn’t neat and tidy, and that there may be more we have to learn and experience on the way in order to understand how best to manage our minds. 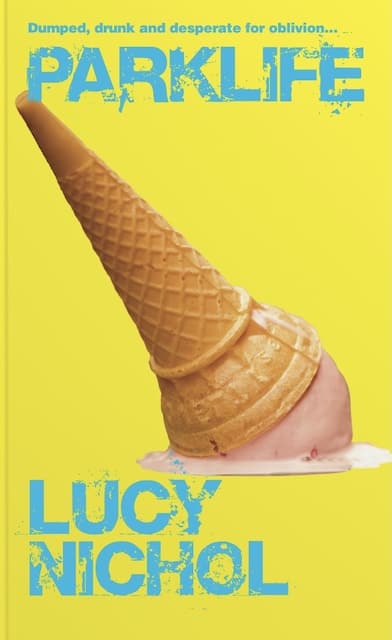 S] How do you look back on The Twenty Seven Club now?

With so much love. I love the characters and I’m delighted to take them on further adventures. And it was amazing to see it being transformed into a short stage play for Live Theatre in Newcastle (we moved the setting from Hull to the toon, and my husband wrote the script and directed an amazingly talented cast). It was my first novel and, technically, it’s not exactly sophisticated and certainly not something you’d file under ‘literary’ – but I love it because I had an idea and I made it happen. I told a story and around 3000 people have read it. For a self published book, I think I’ve done alright there. Maybe I can acknowledge success after all?

S] What tips and advice would you give to any emerging writers from East Yorkshire on how to get noticed?

I would say just do it! You’ve got to create and produce and just write if you want to be in with a chance. It takes a lot of graft – I’ve now written 4.5 novels and two non-fiction books and currently have two novels and one non-fiction out. So it’s a slog and there’s a few projects that will sit in drawers. But I think that’s the key – you have to keep going. I’ve had so many rejection letters I can’t even begin to count them up. But I eventually found an agent in 2018 and she’s been helping me to develop as a writer ever since. The work that we have both put in is really starting to pay off now. So I would say patience, persistence and grit will help you get there if you really, really want it.

S] What about the media in general, with PR and such, can you be up North, or do you need to move?

I moved from Hull to Newcastle but I’ve found that, especially since going freelance, it doesn’t matter where you are. From a publishing point of view, I have one London publisher and one northern publisher I’m working with, and my agent is based in London too. And from a PR point of view, while I have a few North East clients, I’ve worked with many others based in London, Birmingham, Leeds – even Barcelona! Again, it’s about that determination to do the best job you can – and to not be afraid of self-publicity – no matter how cringey it might feel. Nobody else is going to do it for you.

S] What would you say your biggest challenges are now?

Taking a break. Saying no. When you’re a freelancer you rely on your own ability to bring in the work, rather than having a set salary, and it’s tempting to say yes to everything because who knows what work you’ll have on three months down the line. But I really need to prioritise my writing at the moment, so I have cut back on some of my PR work to give myself some breathing space for creative writing.

S] What inspires you outside of writing, think music, people and places for example?

I’d say all three! Equally. I started writing 27 when I had just turned 40, so I think it was a bit of a mid life crisis or something! I started listening obsessively to the music I listened to in the 90s, and writing about Hull, which was where I was living in the 90s. And when it comes to people – there’s nowt as fascinating as folk.

S] What are your key tips for those young, creative people who struggle to find motivation – how do you find it on your worst days, the ones where you don’t wanna get out of bed, if you have them?

I’ll be honest, I tend not to write if I’m having a bad day. It’s rare for me to not be able to get out of bed – my problem is the other extreme. I sometimes struggle with acute anxiety and with that comes not being able to sleep or eat properly. And being shrouded in a kind of doom and dread. So for me, I’ve learnt to accept that sometimes I’m not in the right frame of mind to create, and so I need to step back, and give myself a break. There’s this idea that those of us who struggle with our mental health are more artistic, and in some ways I can see that. But what I don’t think is realistic is the idea that we create art when we are suffering. I think being in a position to reflect on dark or anxious times is a gift. Being in the moment though – it’s too tough. I think we need to give ourselves a break when we are feeling like that and remember that this too will pass. And we can pick things up again when we’re feeling stronger.

S] What is your message to those who have supported you, and will continue to do so?

It takes a village to raise a book! Seriously, though, it really does. I don’t feel as though I’m in it alone, and I am so unbelievably grateful to all the other authors and readers and industry professionals who have helped me along the way. It’s a wonderful community to be in and I can’t say thank you enough.

S] Is there anything else you’d like to plug?

I’ve a non fiction book about mental health stigma coming out in 2023, from Welbeck…I’m not allowed to say much more about it yet, but what I will say is, I was massively excited to get to interview a member of one of my top five bands listed above for it! That was a fangirl’s dream!

S] Thanks for your time!!