bdrmm have shared a brand-new video for their current single ‘Three’. The subtly psychedelic clip was filmed by Chris Tomsett / Innerstrings and perfectly captures the mood of the song. It features Jess Gilchrist from the Brighton-based band Demonstrations lip-synching bdrmm singer Ryan Smith’s words.

‘Three’ was released earlier this month to coincide with the band’s epic trek around Europe supporting Mogwai, which culminates at Alexandra Palace in London on May 27. Brooklyn Vegan said the single took them to “expansive new territory”, while NME praised its mix of “melancholy guitars and slowly glittering electronics”. It was also named as Frankie Francis’ Single Of The Week on Amazing Radio, playlisted on Radio X and has had a few spins on BBC Radio 6 Music courtesy of Tom Ravenscroft.

‘Three’ is an understated and unexpected change of pace, somewhere between the Radiohead of In Rainbows and Slowdive’s classic Pygmalion. Effervescent electronics and glacial guitars slowly build over its six minutes, and it turns into a beautiful but harrowing hymn to honesty and acceptance of addiction.

“I hit a pretty low point during lockdown (fuck, I hate that word) and my substance abuse hit a new level,” explains singer and guitarist Ryan Smith. “It was a pretty bleak time, but it made me realise that something needed to change. That’s where ‘Three’ came from.”

Initially recorded as an early-hours demo in Ryan’s shed, last year the band convened at The Nave studios in Leeds with long-time producer Alex Greaves to flesh it out.

“Me and Joe [Vickers, guitarist] broke off during one of the sessions and took an interface and my laptop and recorded some of his guitars by a pool table that sits near The Nave’s kitchen,” explains bassist and synth player Jordan Smith. “I then restructured them, taking loops and fragments to create a more ambient and granular underpinning.”

Jordan Smith: “The bare bones, use what you can method that we had maybe neglected felt like it had come back into how we were writing, and ‘Three’ feels like us all uniting to support what Ryan had been going through. It’s maybe not a track that people would expect of us, but it was very cathartic to process what had become a lonely and isolating experience together for the first time in a long while.”

“It was written as a warning to myself, but hopefully others will find their own meaning in it,” concludes Ryan. “It is me at my most honest. I’m very proud of this track and I’m glad it’s seeing the light of day.”

bdrmm support Mogwai in Europe and then play the following: 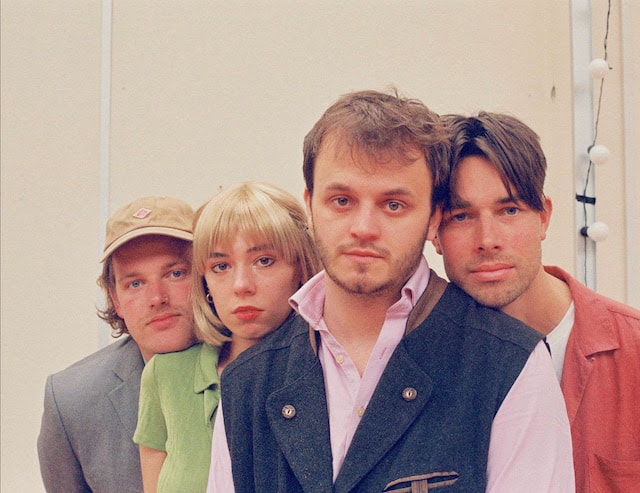