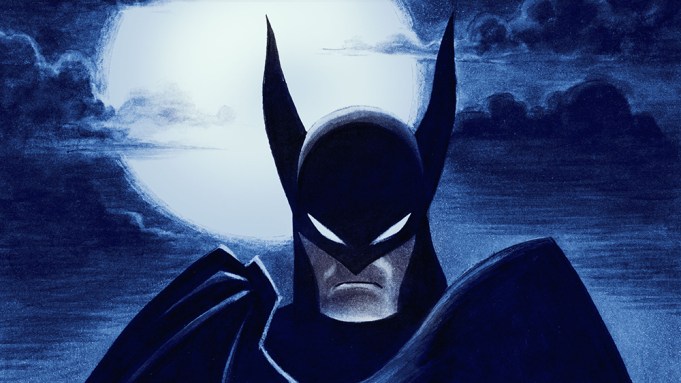 DC’s primary superhero is finally heading back to televisions with Batman: Caped Crusader being formally announced by Tom Ascheim and Sam Register at WarnerMedia. The new animated show looks to be in the in the same vein Bruce Timm’s previous Batman projects, mature themes to engross adults with a Saturday morning aesthetic to entertain children. The show brings together three legendary producers – Bruce Timm, known for his extensive work with WB’s animation division and spearheading the ‘Timmverse’, or DC Animated Universe, co-creating the series Batman Beyond and characters such as Harley Quinn; J.J. Abrams known for co-creating Alias, Lost and Fringe, directing recent Star Trek and Star Wars films, as well as Mission: Impossible III and Super 8; and Matt Reeves, best known for his Planet of the Apes movies and working with the aforementioned Abrams on Felicity and Cloverfield. Reeves is, of course, directing the upcoming The Batman and also producing the upcoming Gotham PD.

“We are beyond excited to be working together to bring this character back, to tell engrossing new stories in Gotham City. “The series will be thrilling, cinematic, and evocative of Batman’s noir roots, while diving deeper into the psychology of these iconic characters. We cannot wait to share this new world.” – Bruce Timm, J.J. Abrams and Matt Reeves in a joint statement

J.J. Abrams has long been rumoured to be taking the reigns of some DC Comics properties on the silver screen, streaming services and games, since he signed his landmark deal with WarnerMedia in 2019, with Abrams’ Bad Robot production company signed to WB until at least 2024. Matt Reeves signed a similar deal to develop television material with WB after ‘The Batman‘ pleased execs at Warner Bros. Bruce Timm has worked extensively with Warner Bros. on DC Comics’ adaptations since 1992’s Batman: The Animated Series debuted in 1992 and clearly shows no sign of jumping ship.

“It is always fun to feed the insatiable appetite fans have for all things Batman. Batman: Caped Crusader will entertain first-time and die-hard fans alike and, with such an impressive creative team in place, we know we have another future Batman classic in the making.” – Tom Ascheim

No-one has been formally cast as yet, but Kevin Conroy has teased an upcoming project that he and Mark Hamill are tied to. Many had speculated that project to be an animated feature film with Conroy and Hamill to reprise their longstanding roles of Bruce Wayne/Batman and Joker respectively, but it’s not impossible their upcoming project could be a further entry into the Arkham games or indeed, Batman: Caped Crusader.

“Batman: The Animated Series was a masterpiece that shaped the perception of the character for an entire generation of fans. It is in that spirit that we are bringing together three master storytellers in J.J., Matt, and Bruce – each with their own intuitive understanding and affection for the character – to create a new series that will continue in the same ground breaking legacy.” – Sam Register