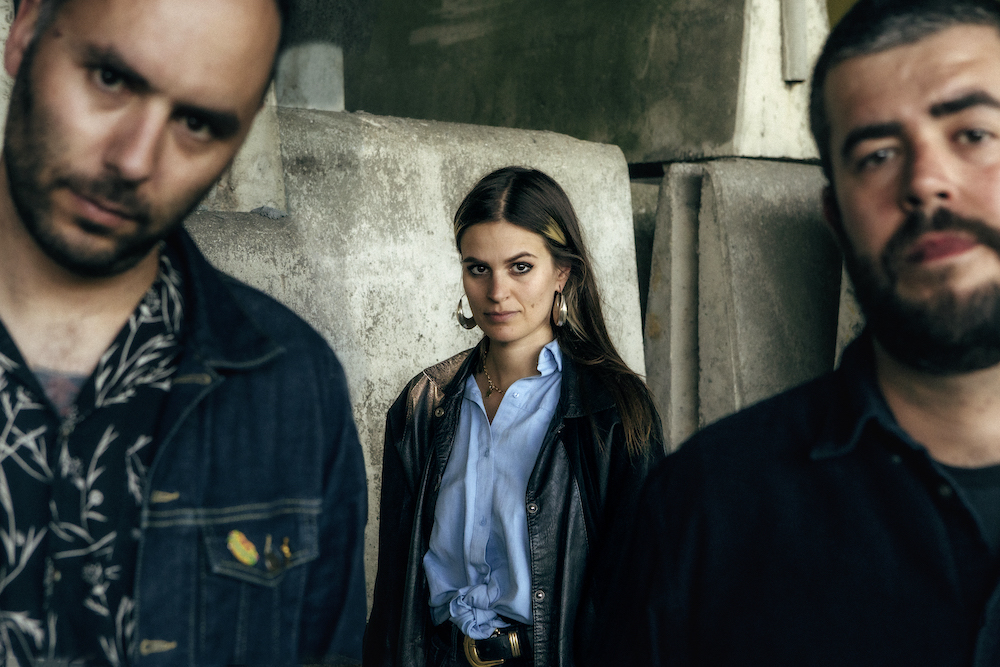 On ‘Dust’, Stefanie’s voice has grown in stature and control as she explores the feeling of being drained by the changing demands of a particularly intense friendship. Powerful and self-possessed, the track concludes with a drifting, post-rock coda that gradually diminishes to silence.

Commenting on ‘Dust’, the band said, “‘DUST’ was born out of the frustration of having friends with demands and expectations that were way too high. It’s a song about being at breaking point; pissed off about everything and everyone. ‘DUST’ is honest, direct and unfiltered. It’s a very special and personal song for us, which is why we wanted this to be the first new song for people to hear.”

‘Dust’ was written as part of the new album sessions in a rehearsal space in Ghent. Those sessions were completed episodically over the course of 18 months. That timeline was fractured by both lengthy breaks due to lockdown, as well as the band’s focus on simply enjoying the otherwise ordinary moments of their friendship.

In the meantime, today also sees Brutus announce a run of UK shows in November, their first tour in more than three years, an experience which can be revisited within their ‘Live in Ghent’ album. Tickets for the shows, listed below, go on general sale at 10am on Thursday Juen 30th  from here.