Crazzy Steve on Impact Wrestling and making it look easy

Crazzy Steve is an iconic member of the Impact Wrestling roster and one of the founding members of the long-running stable Decay. Soundsphere spoke to Steve about his career as well as his visual impairment. 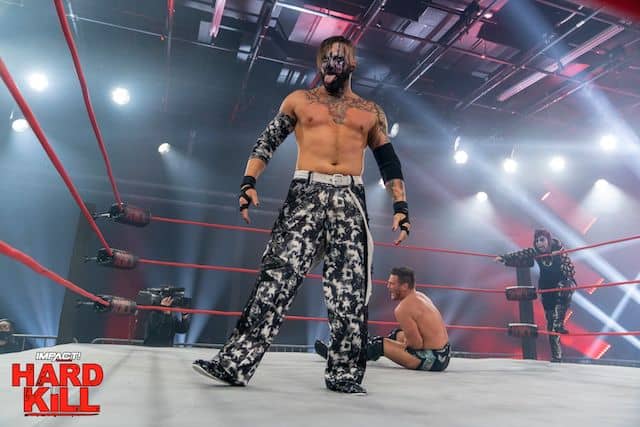 When working as a heel in the past, his entrance with Rosemary and Abyss as members of Decay was often frightening and macabre. While as a babyface, the Crazzy Steve character is still creepy, but endearing and loveable at the same time.

We asked Steve about his early wrestling career, mainly the genesis of the Crazzy Steve persona and name. He said: ‘From a name perspective, it comes from Sinn Bodhi. He gave that to me in 2003 when I broke in.’

‘Originally, I didn’t like it. To me it was more like a nickname, I grew up on guys like The Undertaker, The Ultimate Warrior, Kane, names that when you heard them, you wanted to at least investigate. Crazzy Steve sounds like the naked guy at frat parties. I didn’t think the name fit.’

‘But then in my first match with Sinn, I distinctly remember being on the apron and I’m waiting for that big tag, I’m jumping up and down with so much energy in front of people for the first time, and the crowd starts chanting, “Crazzy Steve, Crazzy Steve, Crazzy, Steve.” And I’m like, okay I get it, it wasn’t about what my vision of what it was, it was about what their vision of it was.’

Crazzy Steve is visually impaired, being born blind and was only able to see ever so slightly after surgery. However, Steve still manages to wrestle as well as any other top star in the business, meaning many wrestling fans are unaware of his disability until told by another fan.

This naturally makes Crazzy Steve’s in-ring work even more impressive. After struggling to find the right words regarding how Steve manages to overcome his disability in the ring, we simply asked him how he makes it look so easy.

‘So even the person who hired me asked me that after a try-out match. I was born blind, but surgery allowed me to see, but I’ve always seen this poorly. It limits you, but you work around it. And that’s part of the make up that makes Crazzy Steve, because I am going out there blind.’

‘I’ve never known how to explain it to people. I think I’m halfway talented, but I’m more obsessed with my craft and how I perform it. And practice makes perfect. I’m also known for never hurting my opponents. I take a lot of pride in that.’

‘Although some don’t even know I have eyesight issues, not until I push them out of the curtain and say, oh by the way, I’m blind. See you out there! It wasn’t something I wanted to promote in wrestling, I didn’t want to be known as the blind wrestler.’

‘I already had my vision of what I should be, I didn’t want it to be based off something I was born with or had no control over. I wanted to be known as a good professional wrestler first, then he’s also blind.’

We also asked Crazzy Steve how he feels about being an inspiration to others with disabilities who may want to work in the wrestling industry, and if others have ever told him he’s been their inspiration. In response, he said:

‘I’ve been humbled many times by not just by my coworkers but by fans who’ve sent me messages saying they have just got into wrestling and they also have eyesight issues. Yeah, many people have reached out and humbled me.’ 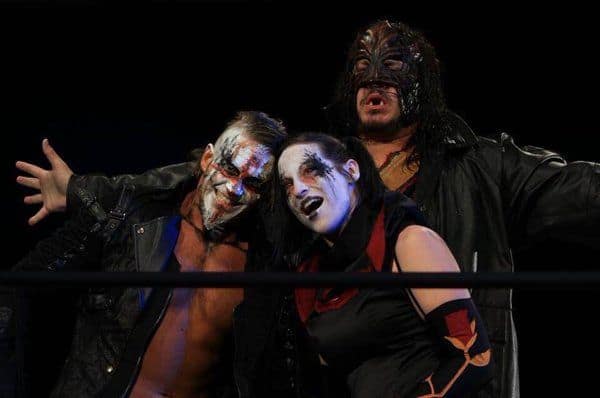 ‘It’s not something I set out to do, what I’m doing just happens to be what I’m most passionate about in life in front of an audience. If you in that audience get inspired based off my story or a match, then that’s the beauty of it. I didn’t set out to do that, and you didn’t tune in to get inspired, its just this magical thing that happened. That’s one of the coolest parts of the job, if not the coolest part.’

Speaking on Impact Wrestling being home to him, Steve said: ‘Yes absolutely, for sure. Even when I left I still considered it my home, but even more so now. The company is run by Scott D’Amore right now and I grew up in wrestling with Scott, so as far as feeling like home, there’s no other time in history where I’d feel more at home.’

Finally, we were keen to get to know Crazzy Steve outside of the ring and asked him what else inspires him in his life in terms of movies, music, family etc. He told us:

‘It’s definitely an amalgamation of all of those things. Music, art, movies, media in general. I take bits and pieces from everything that helps create Crazzy Steve.’

‘My music taste ranges from everything, in high-school I was the metal kid and I still am, but I’m in also into everything from Taylor Swift, to Guns and Roses, to Converge [points at t-shirt]. It really depends on mood, I consume most of my music in the gym.’

‘For movies it ranges from everything, I don’t really watch TV a lot because I can’t sit down long enough to watch them all. But movies, I just watched Terrifier 2 with some friends [on Halloween], which is a fantastic film. So this time of year horror movies are in my watch list, it depends on the director or what mood I’m in.’