3TEETH return with Ho99o9 and a new video, ‘Paralyze’

Home » 3TEETH return with Ho99o9 and a new video, ‘Paralyze’

Like all of their previous standout material, 3TEETH isn’t here to mince words on the newest release, with frontman and creative lead Alexis Mincolla saying the track was inspired by seeing people paralyzed by the hysteria of the current socio-political climate. 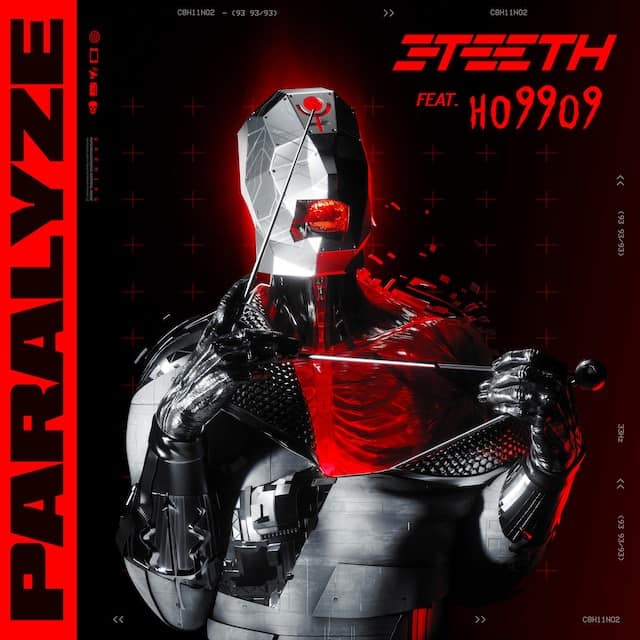 “Everyone seems to be heading into a visionless future and unable to do anything about it. The paralysis seems to be contagious as we all know things have to change, but it seems easier to imagine the end of the world then it does actual change at this point,” he says. “The media-induced tribalism keeps us in a gridlocked state of cultural schizophrenia as we continue to be trapped in the shadow of our progress. This song was aiming to reflect the frustrations and the horror that we all experience in our current state of waking sleep paralysis these days.”

3TEETH began working on “Paralyze” a year ago in the deserted quiet of Joshua Tree where they holed up to get away from the palpable anxiety of their hometown of Los Angeles to begin work on their fourth studio album that will be released via Century Media Records. The material is currently being wrapped up with the accomplished sound designer Mick Gordon (best known for his work on the gaming phenomenon DOOM) co-producing the tracks, bringing in another dimension to the band’s unmistakable sound.

Says Gordon, “3TEETH are one of my favorite acts. They proudly fly their own unique flag. The new album charts course through the next stage of our vanity-led evolution as a species, and by that I mean the album is a world unto itself. I’m just stoked that these guys have allowed me along for the ride.”

“Paralyze” is the first taste of the new, to-be-announced record. To amplify its message, 3TEETH teamed up with explosive punk-industrial-rap duo Ho99o9, a visionary act in their own right that they originally toured with in 2018. Of the track, Ho99o9 says, “This is only the beginning of an incendiary snowball effect. The nuke is yet to come.”

3TEETH will also make their anticipated return to the stage this fall, an artistic arena where they dominate with a dizzying spectacle that mixes futuristic, neo-cyber design with a voluminous sound that is nothing short of a sensory trip. The display of force has logged them tours with the likes of Rammstein, Tool, Ministry, HIM, Danzig and Ghostemane. Currently, they are slated to provide direct support for Cradle Of Filth on their  ‘Lustmord and Tourgasm’ North American Tour beginning October 1, followed by an appearance at Welcome To Rockville Festival in Daytona Beach, Florida on November 13.