Airbourne return with new album, ‘Black Dog Barking’ in May

Australian rockers Airbourne will release ‘Black Dog Barking’ through Roadrunner Records on May 20 2013.  Produced by Brian Howes (Nickelback, Hinder), this is Airbourne’s third album and the follow up to 2010’s ‘No Guts. No Glory’. 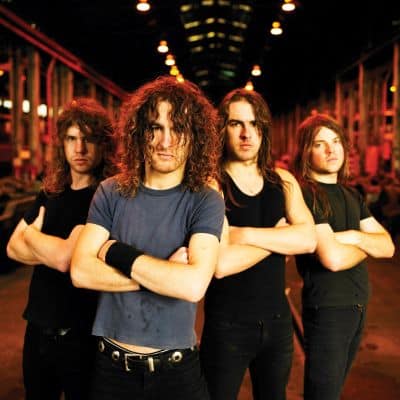 It’s been a long eighteen months for Airbourne since coming off the road mid-2011 to work on ‘Black Dog Barking’.  The band reflects: “A lot of thought and effort has gone into this record, not only by the band, but by the production crew who worked countless hours, seven days a week, even through Christmas and New Year’s Eve to achieve the best possible performances, backed by real undying tones. Now we’re handing it over to you…so crank it up, crack a beer, and stick some rock ‘n’ roll in your ear!”