Music can change and make a film in many different ways. Music can affect the way a person takes in scenes for a movie. Music played in the background can set the mood for the scenes being shot. With the right sounds being added, this can show the importance for what you are watching. If you film a scene which is very violent and you add in childish music, this can confuse the audience by what they should be focusing on. If you add in very scary and death metal music to a violent scene, then the spectator can get the right image in their mind towards what’s happening. 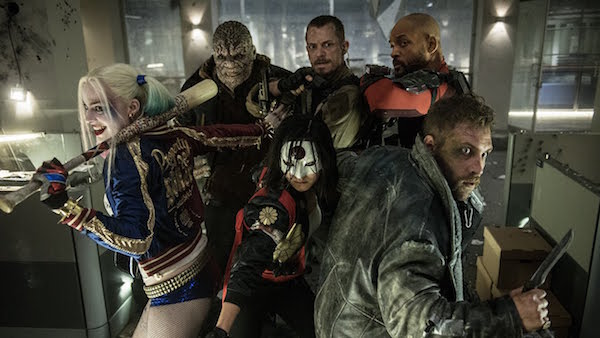 Music in a film can give viewers different types of emotions. If something sad happens then a movie shouldn’t have silence. Depressing music in the background should be the case. The sounds of it been in the background can give the observers there own thought and share the same emotions as the characters. Movies can then cross into peoples real world and sometimes can take over their own lives. Some people may cry and dwell on what they’ve watched.

In some scenes of movies, it’s always best to have a silent part, here and there. Viewers can then have a chance to rest from following a hard going part in a movie. It gives their minds a rest for a little bit so that they can fully concentrate on an important part which follows next.

In the latest movie Suicide Squad which is coming out this August, the trailer from the San Diego Comic Con has very hard hearted music playing behind it. With the words from the woman’s [Amanda Waller] mouth narrating in the trailer, she says the words: “I’ve been checking some work and I’ve finally got them. The worst of the worst.”

This makes me feel nervous about what I’m about to see next. With the help of the hard-hearted music, it makes me have goose bumps and worry that something bad will happen next. With the women who nitrates over the trailer, we see her slowly put her piece of meat into her mouth and looks up at the men sitting either sides of her. The music gives the trailer suspense already and gives the audience questions running through the heads.

Seeing Harley Quinn’s first shot in the trailer, I can hear a different women this time, she sings  over which makes me instantly think Harley is one of the bad guys. The women continues singing as we see the rest of the squad. We notice that all of the bad guys are locked in prison and the women singing makes me feel that the there’s no way out of this place. It makes the characters look trapped when she’s in the background.

I can feel my blood pumping around my body with adrenalin because of how well the music is placed within this trailer. With the bad guys talking over and the music playing, it gets you excited too see the full squad in action. The music has a sudden stop when the Joker starts to laugh. This is very important to hear the music stop because the Joker is the main bad guy out of the lot and we just want to focus on him. It then continues for a few more brief seconds until he has some words to say to the viewers. The movie logo then pops at the end with sound effects playing in the background.

Trailer One Suicide Squad from January earlier this year, this time has Queen’s song ‘Bohemian Rhapsody’ playing in the background of it. The lyrics of the song fits in well with what’s happening with the characters, but the song just makes the movie now just look way too cheesy. The song and the trailer has the same meaning, but a mix of both just doesn’t work for me. Also it just makes the movie look way too jolly for what it’s meant to be. This is when the music and the movie doesn’t fit together. Jolly and hardcore badasses just don’t belong to one or another. It’s changed my opinion on how I feel about the movie now. Going from been quite scared of what’s going to happen next, to me now waiting  feeling cringed. This was a bad idea.

After hearing jolly music again in the trailer, it makes the movie suck. From having really high expectations from the San Diego trailer with the right music playing in the background, the other two trailers have ruined it for me. It’s like they’ve gone from aiming at older teens and older people to now changing to be based on the age of tweens. This just shows how important music is in movies. Music and it’s style has to fit in with the movie. Personally I can’t have two different things going on at once. Super bad guys with happy and bouncy music. Music can change people’s opinions about movies, so this is why you should have the right music with the right scenes.