Cage The Elephant will release their new album ‘Melophobia’ through Virgin/EMI on February 10. Recorded in Nashville and produced by Jay Joyce, who also produced their two previous albums, ‘Melophobia’ is the follow up to 2011’s acclaimed album ‘Thank You, Happy Birthday’. 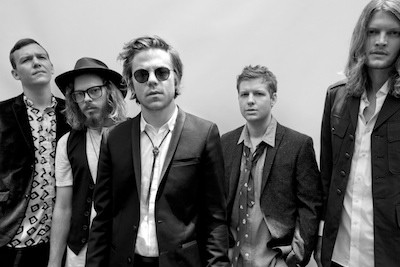 The band, who will be special guests on Foals’ sold-out UK tour in February, have also confirmed a headline show at London’s Electric Ballroom on February 17. Tickets for this show will go on sale on Friday, November 8 at 9am.

Cage The Elephant’s previous UK appearance was a sold-out show at The Forum, London in 2011.