CM Punk details his AEW debut and return to wrestling after a seven-year absence in what was designed to be the worst-kept secret in the biz! He speaks to the “pop” at the United Center the night of his debut, his AEW entrance music (Living Colour’s “Cult Of Personality”), the meeting with Tony Khan that sealed the deal, and the role that AEW’s Brodie Lee tribute show played in his decision to join. He reflects on his first match back (against Darby Allin), why he enjoys commentary so much, who he hopes to tag with at AEW, what he loves about working with Powerhouse Hobbs, and how his MMA training helped his in-ring performance. Plus, you’ll hear stories about his wrestling influences, his love of comics, his favorite horror movies, and his most memorable big-screen acting moment. 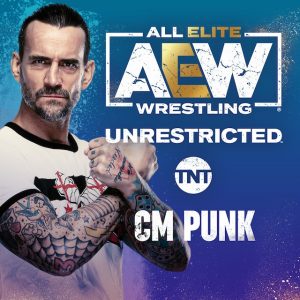 “I feel like we got the best of both worlds. I feel like it was maybe leaked or somebody found out, but there was still a giant question mark or a cloud of mystery over it.”

CM Punk on how his MMA training helped his in-ring performance: