York, UK music scene legend Dean Saint John and CRASHNEXUS are teaming up this year to publish what’s believed to be a world first: an audio drama based upon the ‘S.T.A.L.K.E.R.’ series of games by Ukranian company GSC Gameworld. 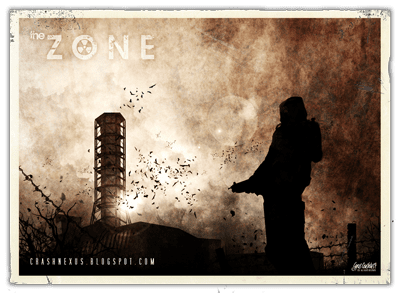 For those of you unfamiliar with the games, they are immersive and atmospheric horror/sci-fi set in the Chernobyl Exclusion Zone and are inspired by the novel ‘Roadside Picnic’ (by Boris and Arkady Strugatsky who also wrote ‘Solaris’) and the subsequent film based upon it (‘Stalker’) by Andrei Tarkovsky, who also made the original film version of Solaris in 1972. The games also feature survival and metaphysical elements.

DSJ and CRASHNEXUS intend to use cinematic ideas and trickery within the soundscape including 3D sound and an original score featuring new material by dark ambient/noise and industrial artists to give a truly intense experience.

Currently they are seeking artists willing to contribute to the soundtrack/score and male actors to play various roles within the feature-length pilot.