We chat with York based Graphic Designer and Journo, Cyrus Crashtest… 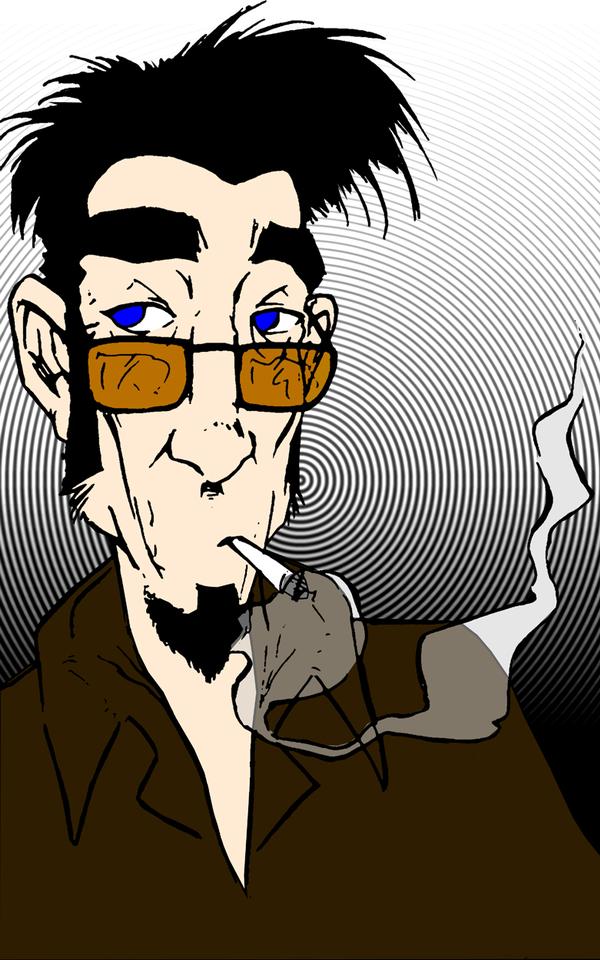 Brought up at the end of the cold war, Cyrus Crashtest was    born on the 20 January 1980 and died the very same day. He awoke 15 minutes after and there is no explaination as to what happened to him to this day. This is true, though Cyrus is a natural storyteller and as a journalist and musician his biography reads that he rejected academic teachings in search of the truth. All he received for his trouble was a ten year drinking and drugs issue or as he puts it “a limbo of intoxication.” 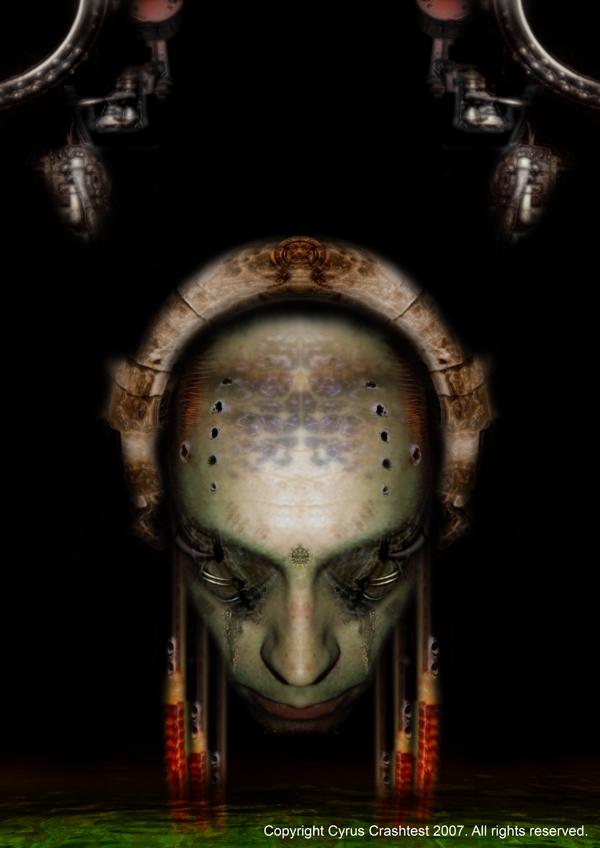 Emerging in the early noughties with a renewed sense of purpose, Cyrus began working in the media establishing himself as  working freelance as an artist based in North Yorkshire and a writer for Yorkshire based music magazine The Talk.
“I think it’s safe to say that an amount of anything produced artistically is guaranteed to be influenced by your mind state and your slice of the world. The output is therefore a comment on the world around you and how you perceive it.”
As an artist Cyrus says that using just one thing for inspiration can be restrictive and that for him, it is best to leave everything open for interpretation and possibility:

“Sometimes I will be playing a computer game, and the atmosphere will inspire me to produce something intensely dark.” Cyrus has genuine insomnia and he says that this often is one of his most effective triggers, he believes his condition is partially inspired by the night terrors he has to deal with.

“They have inspired me to a great many works in fact; one guy managed to sell his house because the paintings he bought from me were based upon the a visions I have.” He adds: “They were a claustrophic set, where colours and textures created movement and the stillness of the figure can cause either total calm or utter panic. It all depends on the individual.”

It is easy to see how the artist became so interested in Alternative culture: “I was always drawn to the darker edge of things; as a child I had watched most of the banned horror films and read more adult comics like Watchmen, 2000AD, and I loved French existentialist films like Breathless. I was listening to lots of heavy music like Slayer and Godflesh along with Johnny Cash, rap and reggae. It didn’t really matter to me as long as it said something important to me”. 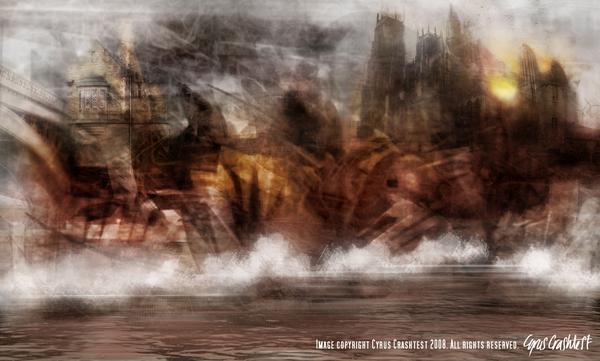 – “My Dad taught me hunting and survival skills and my history. He’s a very well travelled man. He has done everything from help Cuban refugees during the 1960’s missile crisis to driving munitions along the cold war front in Europe during his army days which must have been fun.”

– “One side effect of insomnia and my degenerative arthritis is depression; it led me to drug and alcohol problems and many bad adventures.” These memories and emotions are what Cyrus draws on to complete his work however, he says that anger is the most potent emotion he uses: “As it was said in the ’Illuminatus’ trilogy: ‘If there were more bloody noses in the world, there would be less wars.’”

Cyrus is working on a graphic novel ready for release in 2009. It will be entitled ‘The Ruins of Eboria’. 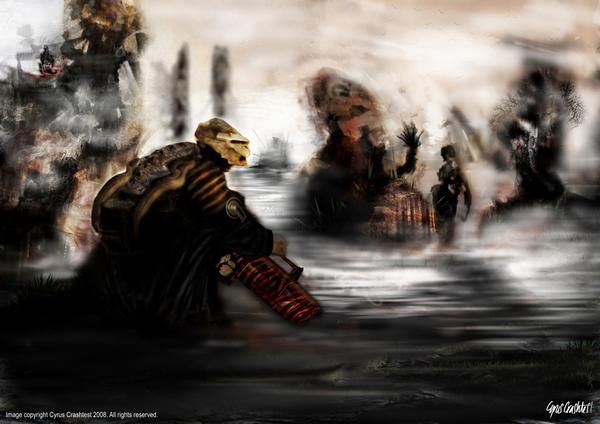 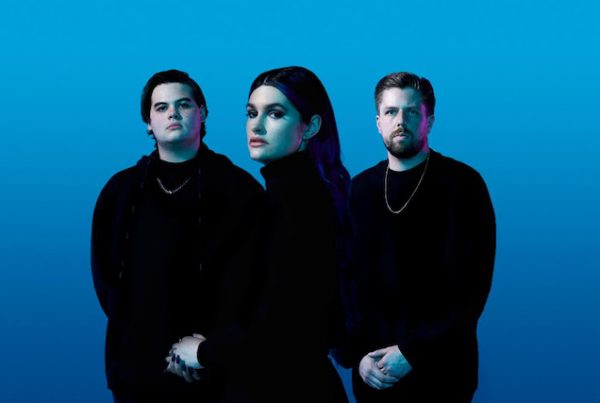 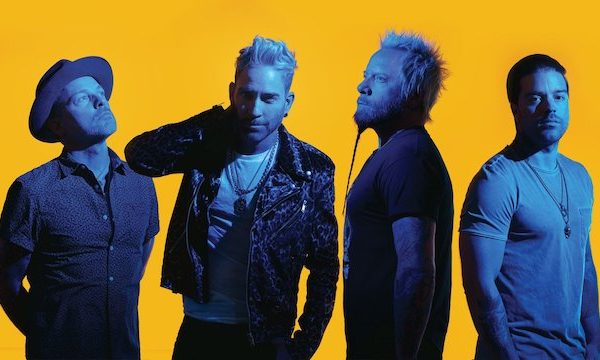