Deathstroke leaves a bloody mess behind in fan film

Home » Deathstroke leaves a bloody mess behind in fan film 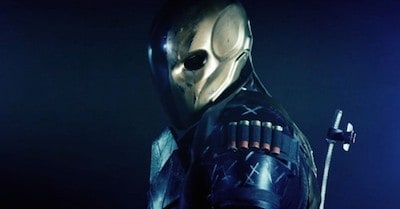 The film features Slade Wilson auditioning for Black Mask, who has put a bounty out on Batman on Christmas Eve. Deathstroke shows off his skills in the action-packed, very bloody and probably not safe for work fan film.