Dynamo fans will have the opportunity to see his magic skills up close and personal in what promises to be a spectacular and unique live stage production as Dynamo finishes his smash hit tour back in his home county of Yorkshire as he plays the first direct arena in Leeds in December 2015. 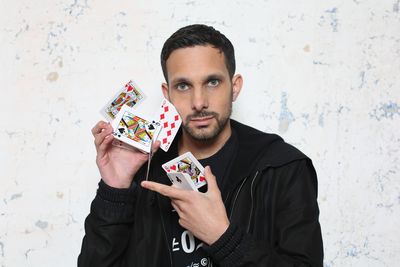 Dynamo, whose real name is Steven Frayne, hit our screens just three years ago with his first series of Magician Impossible, in that short time he has quickly established himself as one of the world’s most known and most loved magicians, with his series airing in over 180 countries worldwide reaching over 250 million cumulative viewers across the world. He was recently awarded the highest accolade by the magic circle with his promotion to Member of the Inner Magic Circle with Gold Star, a position only held by 300 magicians worldwide, including HRH Prince of Wales.

Dynamo said of his new venture, “After four series of Magician Impossible I was ready for a new challenge and for a long time I have wanted to take my show to the stage. I am hoping that like I did for magic on TV, I can reinvent the live magic show and produce something fans have never seen before. This is something I have been working towards for the last 20 years and I can’t wait to amaze audiences what I have in store for them”.

Tony Watson, Director of Sales and Marketing for the first direct arena commented, “The arena has always aimed to attract the biggest names in entertainment to Leeds and in the world of magic, it doesn’t come bigger than Dynamo. I’m sure his home county will take this opportunity to marvel at one of the worlds greatest illusionists.”