Foo Fighters’ Nate Mendel to release first solo album, ‘If I Kill This Thing We’re All Going To Eat For A Week’

Dine Alone Records has partnered with Foo Fighters’ Nate Mendel to release his first solo album, ‘If I Kill This Thing We’re All Going To Eat For A Week’, under the moniker Lieutenant on March 2, 2015. 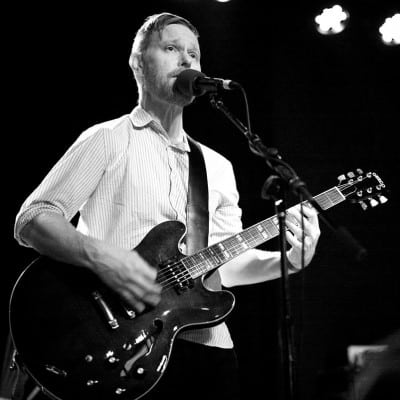 The Foos’ Mendel, is also known as bassist for highly influential emo act Sunny Day Real Estate and The Fire Theft, is venturing into uncharted territory as the primary songwriter, guitarist and singer for his first solo project, Lieutenant. After two decades of honing his technique on bass, Mendel was determined to step into a new role as the songwriter and frontman.

He entered Foo Fighters’ studio, Studio 606, in August of 2012 with meticulously constructed demos, arrangements and melodies worked out for each of the songs. With the help of drummer Joe Plummer (The Shins, Modest Mouse) the two laid down the backbone of the record, tweaking the tracks as they went along, while producer/engineer Toshi Kasai (Melvins, Helmet) joined Mendel in studio to assist with the infamous Neve console.