Guardians of The Galaxy and X-Men to join forces

What’s cooler than the Guardians of the Galaxy and X-Men coming together for an interstellar adventure? Probably not much. 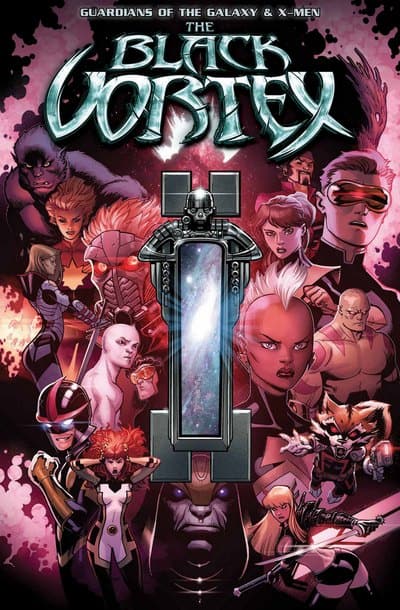 Peter Quill, Groot, Rocket and co will be joining the likes of Nova, Captain Marvel and Cyclops in the new crossover comic Guardians of The Galaxy and X-Men: The Black Vortex.

In this new series, written by Sam Humphries and illustrated by Ed McGuiness, an ancient artefact known as the Black Vortex has emerged on the other side of the galaxy but has fallen into the wrong hands.

To put it into perspective, this power is what turned Jean Grey into Phoenix and Norin Radd into the Silver Surfer. Now the gangster Mr Knife and Thane, a wayward son of Thanos, have the Black Vortex and the Guardians of the Galaxy and X-Men have to come together to retake this artefact.

Speaking about the idea for this comic in an interview with Marvel.com, Sam Humphries said: “What happens when one person submits to the Black Vortex and becomes a titan of the cosmos?

“What happens when a whole team does it? Or a whole planet? But against the epic scale, we’re grounding the story in the deeply personal conflict each character will go through just by encountering the Black Vortex.”

The adventure kicks off in this Alpha issue and will be picked up in plenty of other series. So readers of Guardians of the Galaxy, All New X-Men, Captain Marvel and others, be on the look out for that.

Guardians of the Galaxy and X-Men: The Black Vortex Alpha #1 will be hitting comic book shop shelves in February.