This week Soundsphere’s Jemima Mitra speaks to Harkirit Boparai, who chats about his involvement with the Music Venue Trust, the future of grassroots venues, and much more. 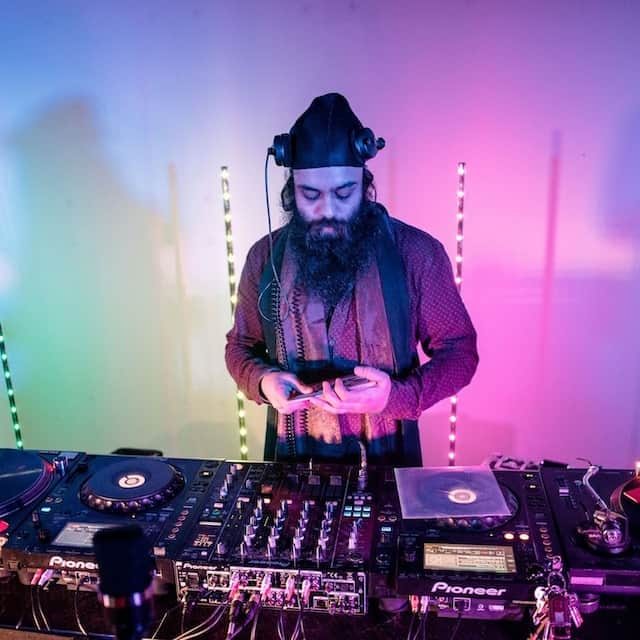 Harkirit believes that protecting music venues at all costs is paramount, and there has been more success in getting music venues recognised as vital to the heart of British music over the last few months. “But for the past five years or so since they were created, is changing the conversation about how we view grassroots music venues. Saying that there wouldn’t be your Ed Sheeran’s or your Adele’s without the smaller venues to hone their craft in.”

Harkirit has always been a lover of music, between 16 and 18 he was involved in the rave scene when he lived down south. When  attending university he really got into electronic music and joined the university-ran society, and from then on started putting on club nights. Being amid nights in York (and North Yorkshire) gave him a lot of connections, getting to know the music scene and the people behind it. Harkirit started then working for the acclaimed venue, The Crescent, and that helped create the York Music Venue Network, which then led him to become involved in the Music Venue Trust.

The conversation soon turns to Rishi Sunak’s comments on people who work in the culture sector. Music venues are still very important to people on an international level: “We are viable, but if you don’t fund us properly right now a lot of those spaces will shut down, will go bankrupt, and what we know from history is once a venue goes it’s much harder to get someone to open it up again.” It’s all about keeping the pressure on, as the decision is ultimately a political choice and not a financial one, “This is entirely a political choice, this isn’t an economic necessity, they could save every venue and theatre in the country for less than the cost of HS2.”

With more and more pressure being placed on grassroots venues, it is more important than ever to protect them. A local Hull venue, The Welly Club comes into the conversation, and without being able to tell us everything, Harkirit says, “The Music Venue Trust are playing a role in finding an operator to come in and kind of take it on as a going concern; now there has been some kind of positive developments about that.”

With public support still thriving for live music, there seems to be good news for venues, and according to Harkirit, they seem to be able to get closer to the support they desperately need. There are a lot of venues that have applied for the cultural recovery fund, although not all venues have been so lucky. The support is still strong though, “What’s really positive has been the support that has been created through the save our venues campaign, so people selling merch, people doing online gigs where people can donate, artists pledging to do concerts in much lower capacity venues than they’re used to.” Top-selling artists have turned out to help as well, with the likes of The Pet Shop Boys, Metronomy and Katie Tunstall all supporting in various ways.

On a more personal note, deeper into the conversation, we ask what people could to improve their mental health during this increased time of uncertainty, “The most important thing you can do is to try and connect with people, and keep talking with your friends and keep finding ways of connecting with people. Whether it’s over zoom or in person, or socially-distanced in person.”

Listen to the full interview below…