Readying for a June 9 release of brand new album, ‘Blood For Blood’, Hellyeah – featuring Mudvayne’s Chad Gray on vocals, Pantera’s Vinnie Paul on drums and Nothingface’s Tom Maxwell on guitar – has brought a new level of audio fury to its new music. Having parted ways with Greg Tribbett and Bob Zilla, the band has taken on Kyle Sanders (Bloodsimple) on bass. 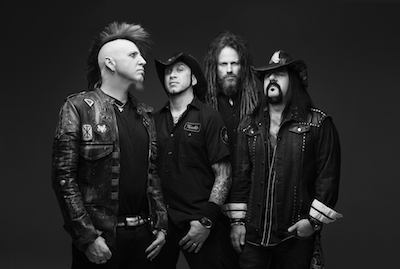 Check out the tracklisting for the album below:

‘Demons In The Dirt’

‘Cross To Bier (Cradle Of Bones)’