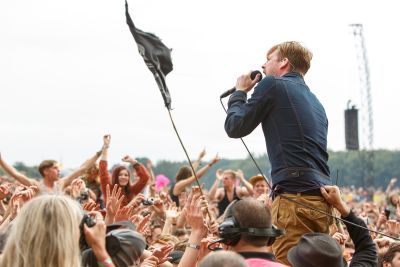 Currently on tour in Europe, this will be the band’s second performance at London’s O2 Arena after they first performed as part of the opening on June 23, 2007.

Looking forward to the big night in London singer Ricky Wilson said, “the last few months have been great, we’re enjoying playing the new album and getting our songs ready for our festival slots and then to top it off – we get to start next year at the 02!”

Of the Leeds Arena date Bassist Simon Rix said, “It’s a great time for the Leeds music scene, there’s a lot going on right now. We’re so happy to be able to play the new Arena again, nothing can match the support we get from the Yorkshire crowds”.

It’s a busy summer for Kaiser Chiefs with the band set to play at V Festival, T in the Park and Glastonbury alongside a number of European dates and a North American Tour.