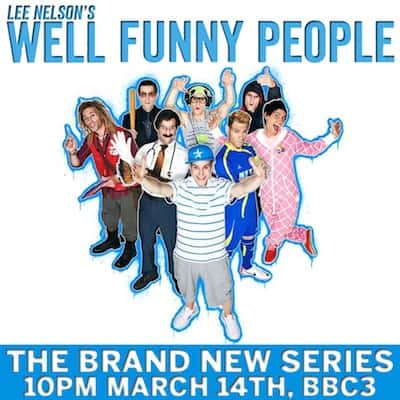 Hang out with reality TV star Gary from ‘The Only Way Is Macclesfield’ in his own spin-off show ‘OMG! LOL! FYI! It’s Gary!!!’; learn to cook on a shoestring with Newcastle’s answer to Jamie Oliver in ‘Geordie Kitchen’; be accosted by the aggressive Glaswegian Chugger in his bid to save underprivileged goats in West Africa; get smashed in the sunshine with club rep, Chris in ‘Kicking Off In Kavos’; hear the thoughts of inner city feral youth with Manchester’s M21 Gang; get a taste of police life in ‘Cop Cars’ with the unashamedly bigoted PC Haynes; switch on to ‘Praise Be To Jesus TV’ with controversial African preacher, Daniel Doolay; watch the unhinged Gangster Headmaster take charge of a struggling Hampshire secondary school; get a mixing master class with DJ Sick Choonz; enjoy a fly-on-the-wall look at the workings of a Premier League football club with superstar striker Jason Bent in ‘More Bent Than Ever’; see Dr Bob give up hospital work to open a GP surgery after over 200 patient malpractice complaints; and many more.

Lee Nelson has a brand new nationwide live tour kicking off on April 28, 2013 and is set to appear on this year’s ‘Let’s Dance for… Comic Relief’ (BBC One), making him the only person to perform on the show twice (he performed Wham’s ‘Club Tropicana’ in tiny white trunks in 2011).

Lee Nelson has also hosted and appeared on ‘Live at the Apollo’ (BBC One).