By Dom Smith June 15, 2021 Culture, News
No Comments
LIARS have shared ‘Big Appetite’, the latest track from the forthcoming album, The Apple Drop, out on Mute on 6 August 2021. 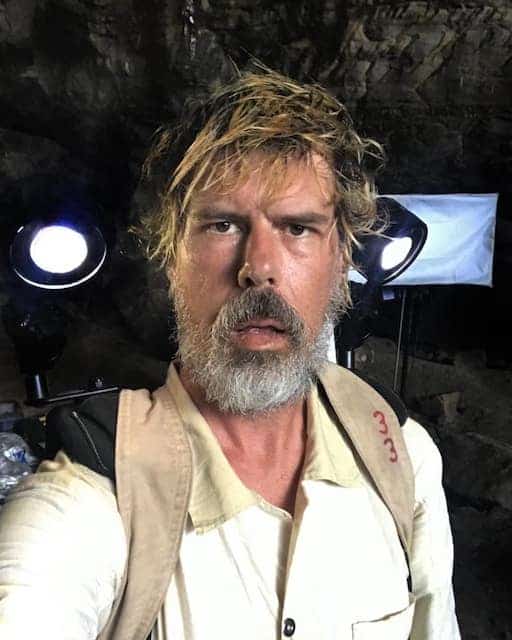 ‘Big Appetite’ picks up directly from ‘Sekwar’, where we left Angus Andrew as he entered a new dimension in a cave. For ‘Big Appetite’ we follow his hallucinogenic trajectory, with a video depicting the psychological journey from within. Clemens Habicht once again directs, this time utilising the most analogue of tools (a camera mounted to a drill) as a means to generate psychedelic effects.

“I thought that spelunking with bats for the ‘Sekwar’ video tested the upper limits of my fear threshold, but it turns out having a revved up drill pointed close to my forehead for a day is truly the stuff of nightmares,” explains Angus.

“The drill spun the camera at up to 2000rpm, and the very real potential for an accidental trepanation gave the filming an extra potency.” Clemens expands, “The terror experienced by the almost broken but fiercely determined space traveller mixes with the candy colours of a delirious unhinged euphoria, with lucid recollections of band members Cameron Deyell and Laurence Pike joining a more fresh-faced Angus from a distant, optimistic and simpler past.”

Watch the video here: https://youtu.be/ecvToqHd-qE
The Apple Drop is due out on 6 August 2021 on limited edition recycled coloured vinyl, CD and digitally. One of two exclusive flexidiscs, each featuring a different acoustic version of an album track, will be available while stocks last through select independent shops: https://mute.ffm.to/liars-tad
The Apple Drop follows 2017’s TFCF and 2018’s Titles with the Word Fountain, both distinctly solo affairs, but for Liars’ 10th album, Angus chose to expand and embrace collaboration. “My goal was to create beyond my abilities––something bigger than myself.”
The new album finds him working with avant-garde jazz drummer Laurence Pike, multi-instrumentalist Cameron Deyell and lyricist Mary Pearson Andrew. “For the first time I embraced collaboration from an early stage, allowing the work of others to influence the work of my own.”
For Angus, The Apple Drop comes from a personal place of realignment and reconfiguration. “Throughout Liars’ history I have consistently tried to develop new methods of creating music,” Angus says. “On each project I’ve essentially abandoned previous methods and attempted to instead learn different ways of writing and producing songs. Where once I perceived this journey as a straight line, I’m increasingly realising my trajectory is more akin to a spiral. As new ideas are generated, older ones take on new meaning and evolve further.”