Fräulein are Joni Samuels (vocals, guitar) and Karsten van der Tol (drums). Originally hailing from Northern Ireland and Netherlands respectively, the now London-based duo formed around Bristol in 2018, through a chance encounter at a friend’s jam night. Though Fräulein build their brand of lo-fi garage rock from percussion outwards, it is Joni Samuels’ smokey vocals that prove to be their most unforgiving instrument. 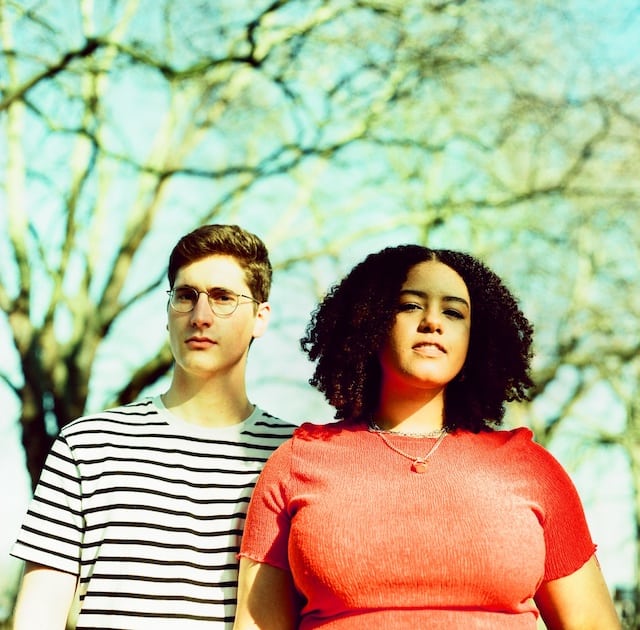 “Pretty People” is the sound of the exorcisms of a woman who knows that a whisper is often more tormenting than a scream. Enlisting legendary mastering engineer Noel Summerville (The Clash, The White Stripes, My Bloody Valentine), King Nun’s Caius Stockley-Young to engineer the track and production duties from Ben Auld, it cements Fräulein’s place as heirs to the guitar-driven throne.

The track is a kick-back against the hollow, vacuous world of fashion after Samuels felt alienated at a party where it became all too apparent that if you didn’t fit the right look, clothes or clock in the right number of followers online, you’d be dismissed. The name, Fräulein, is in itself a wry act of protest: refers to the rarely-used German equivalent to ‘Miss’, which actually translates to the diminutive ‘little woman’.

But Fräulein meet that with fury and a fuck-you, getting up close and personal with the music video for “Pretty People”, which were shot by long-term ally Emma Swann (Founding Editor, DIY) and edited by independent filmmaker and writer Luke Macpherson. Filmed entirely to Mini DV tape, it’s a strong visual representation of the duo harking back to a 90s aesthetic that
informs their style. With Samuels smearing lipstick all over her face, the pair neck back wine, smoke and pick at their teeth in a deliberately garish display of fashion faux pas, toying playfully – and all too significantly – with a jester’s hat as they pretend to ‘fit the mould’. The joke, it would seem, is on you.