Listen to some lo-fi grunge goodness from Pretty Sick

Today, New York City’s Pretty Sick is announcing their new EP Comedown, which is set to release June 17th via Dirty Hit Records. Alongside the EP announcement, Pretty Sick is also sharing the first song and video from the project, ‘Devil In Me’, premiered today via The FADER. Directed by Leander Capuozzo, the visual montages together footage of the band performing at a chaotic dance, perfectly capturing the song’s raw sincerity. 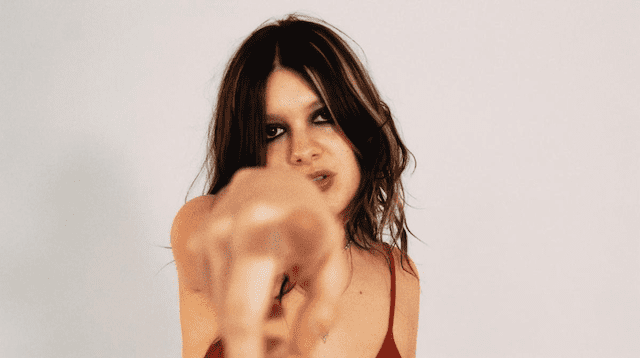 Native New Yorker Sabrina Fuentes formed Pretty Sick when she was just 13-years-old. In addition to Fuentes on bass, Pretty Sick is also drummer Austin Williamson of New York City experimental jazz group Onyx Collective, guitarist Wade Oates, formerly of The Virgins, and bassist Orazio Argentero, whom Fuentes met in her contemporary music program at Goldsmiths University. Last year they released their EP Deep Divine, which i-D praised as “grunge-influenced rock tracks that contain plenty of bite and all the energy of a pop hit.”

In the course of a relatively short, formative span of time in her life, Fuentes has become a vital presence in the youthful New York City scene where skaters, visual artists, rock’n’roll-obsessed teens, and jazz heads all rub shoulders in the wide avenues, shoebox apartments, and galleries of the Lower East Side. Fuentes weaves this creative community into her sometimes raucous, sometimes restrained, and always personal songwriting and visuals. With songs that stem from her pre-teenage years to today, Fuentes’ new music builds on the sound of Pretty Sick’s earlier releases to fully chart the experience of being a teenager in New York City.

Listen to and watch ‘Devil In Me’ above.