By Editor
By Editor December 5, 2013 Culture, Manchester, News
No Comments

Born from a late night conversation in early 2009, AnalogueTrash has existed as a clubbing brand since the June of that year. Alongside regular clubbing events in Manchester
continues to host numerous live shows, spin-off club nights a range of underground music genres including industrial, synthpop, futurepop, trance, electro, chiptune and alternative electronic music. 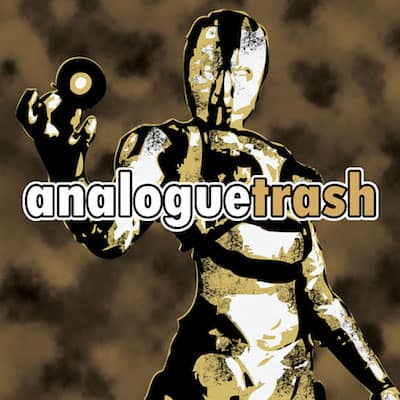 In November 2013 AnalogueTrash Records was launched – an independent record label dedicated to supporting, releasing and promoting music from a range of genres and artists under the alternative electronic music umbrella.

The AnalogueTrash brand and events are known for their eclectic fusion of musical styles and for striving to blur and cross boundaries within the underground electronic music community – themes which continue to exist strongly within the brand’s new record label.

Joint-founder Mark Buckley elaborates on the label’s aims: “AnalogueTrash is about integrity, hard work, fairness and going the distance to present something special every time, and those are exactly the ideals that drive our new label. We love electronic music in all its forms, we love what we do and we want to expand on this to help give artists a platform for getting their music heard and to continue to promote the music we love to wider audiences.”

Shortly after launch, the label announced its first signing; Scottish electro/futurepop project Advance who will be releasing their debut album ‘Deus Ex Machina’ via AnalogueTrash Records in February 2014.

Further releases are already in negotiation for the first half of next year. Alongside the new label, AnalogueTrash will be expanding to provide booking agent services to select bands, artists and DJs, while continuing to host regular clubbing and live events in Manchester and a successful weekend festival.