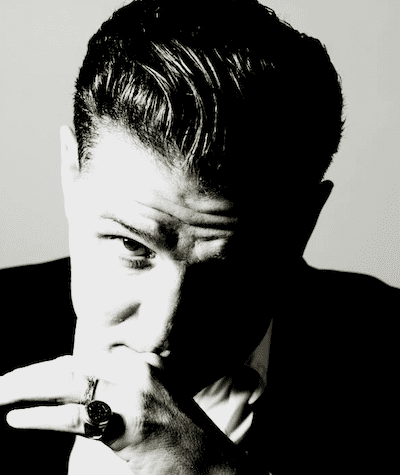 Douglas says of the record, “‘Kill Your Friends’ represents a cross section of my musical history from my teens until now.”

The album is currently available for digital pre-order and will be released on February 18, 2013, with exclusive bonus tracks on iTunes and Beatport while physical copies (CD and vinyl) can be purchased now at www.pylonrecords.com.

McCarthy began writing ‘Kill Your Friends’ in 2010 during a European tour. McCarthy and Producer/DJ Mark Bell,– lauded for his work with such acts as Doc Martin and Felix da Housecat, recorded the album in Los Angeles over a two year period that also found McCarthy performing 150 live shows with Nitzer Ebb, caring for his dying father in England, and journeying across India by train with his wife.

Writing Kill Your Friends as he traveled the world, McCarthy returned home to Los Angeles to join new band member, Cyrus Rex, in his studio where, with Bell producing, they collectively channeled McCarthy’s debut.