Following the successes of the track ‘Bagboy’ and the four-track ‘EP-1’, Pixies deliver again, rolling out ‘EP-2,’ four more brand new songs – ‘Blue-Eyed Hexe’, ‘Magdalena’, ‘Greens And Blues’ and ‘Snakes’, as well as a music video for ‘Blue-Eyed Hexe’. View the video below. 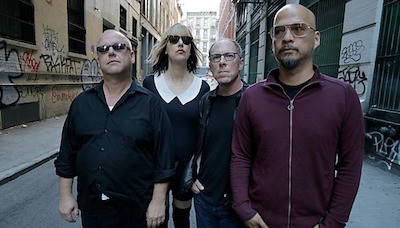 The new songs were recorded during October 2012 at Rockfield Studios in Wales, UK, were produced by Gil Norton, and written by the Pixies. As with the band’s “EP-1” and “Bagboy” track, as well as the Pixies original classic albums, “EP-2” features special artwork designed by Vaughan Oliver at v23. ‘EP-2’ is available exclusively on the band’s website – www.pixiesmusic.com – as a DDL (mp3 only), lossless DDL, limited edition 10-inch vinyl, and as part of special bundles.