British industrial punk band Protafield will release their debut album ‘Nemesis’ on June 9 ahead of their festival appearances at Sonisphere, Alt-Fest, Forever Sun and their European tour. Hailing from all parts of the UK, Protafield spent most of their time developing their craft, evolving on the road supporting legends such as Korn, Gary Numan, Killing Joke, Black Light Burns and Combichrist. 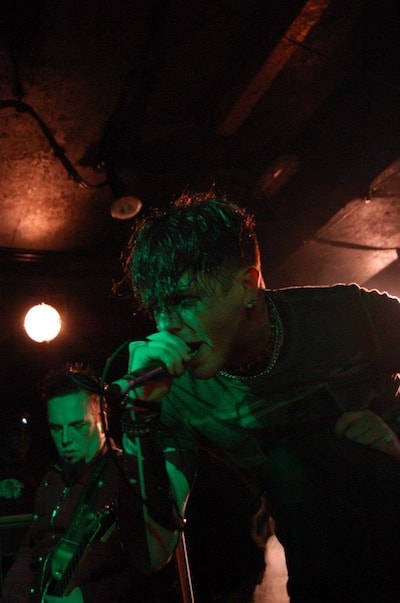 Signing to Caroline International (Universal Music Group), Protafield is the brainchild of frontman Jayce Lewis, who holds an address book any newcomer would kill for, which has enabled the band to benefit from directional support from their close friends in Fear Factory, as well as the actor David Prowse (aka –Darth Vader), as well as some very special guest appearances.

“The involvement of Burton (Fear Factory) helped me come up with a new name/re-branding of Protafield. He was key to giving the band an identity as well as advising on how to develop my “guttural roars” which is something I didn’t do before. Burton is a big fan of the music as I am of his, so it was a real sweet addition to it all. As for Dave Prowse, he has been a continuous integral part to my whole career, driving things forward, getting film producers to come to the shows and also finding angles to introduce me to people in the film business interested in music.”

“Gary Numan is on the track  ‘Redesign’. We had both been speaking for a little while about us collaborating on something and when I wrote the track, I could instantly hear his voice on it. So I asked him and he was well up for it. The same happened with Roger Taylor, except not so directly as his right hand man Josh MaCrae suggested I send him some songs. He instantly picked up on the track ‘Wrath’ and so with a little bit of re arranging of the song, Roger played on it. It reminds me a little of  ‘We Will Rock You’.

Here’s an interview with Jayce, before Protafield came to be: http://www.soundspheremag.com/spotlight/band/spotlight-jayce-lewis/