Skindred are set to round off a hugely successful 2014 with a series of European dates (including visiting some of the less frequently visited UK towns). 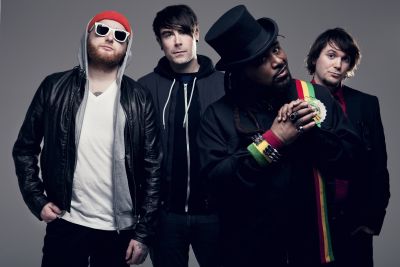 Skindred has recently announced signing a worldwide deal with Napalm Records and is currently working on a new album, scheduled to be released in 2015.

Skindred have also confirmed that Dan Sturgess after joining the bands live set up for the last few years as their DJ/sampler and backing singer has now joined the band properly as a full time member and will also be involved in the writing of the bands forthcoming album.

The band will be playing Europe this November and December. The single choice does not have any bearing on the touring cities…. 2014 UK dates are as follows.