Damn. The Sonisphere demand must be insane this year, as day tickets and split tickets have just been announced, both of which are available from this link. 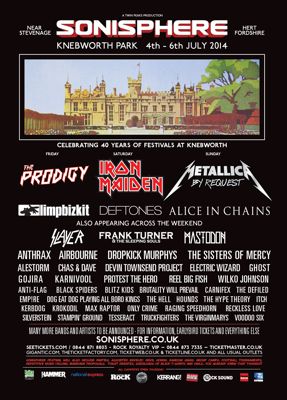