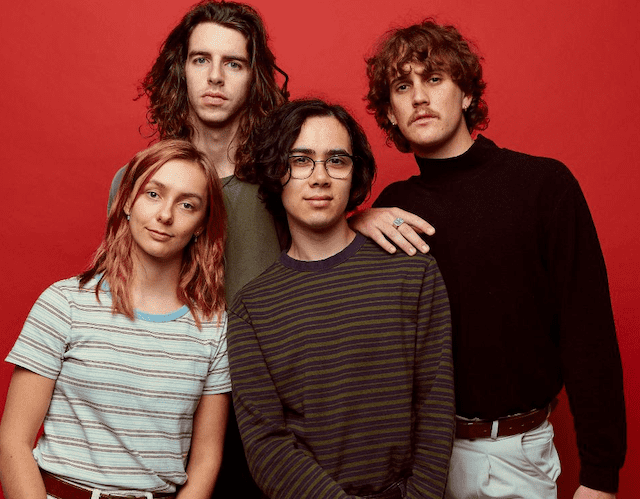 ‘Lunchtime’ is the Aussie four piece’s second single of 2021, and is the latest track to follow their platinum selling debut album Sunlight, released last year to critical acclaim.

Calling in the greats, “Lunchtime” is seasoned with mixing magic from Grammy Award winning music producer Rich Costey. Known for his notable work with The Killers, Phoebe Bridgers and many more, Spacey Jane now take a seat at the table.

Talking through the themes of the track, frontman Caleb Harper says:
“I wrote this song while experiencing severe hangover anxiety and feeling extremely hopeless.  It’s fun to juxtapose fast upbeat instrumentation with somber lyrics and themes. I’m trying to  explain how I feel like I’m just going through the motions with love, career, friends and family. I felt like everything was just happening because it had to and not because I cared about it.”

Spacey Jane’s debut album Sunlight, released last year, reached #2 on the ARIA charts, and was voted Album of the Year in the triple j Listener’s Poll. This year started with a big bang, with Spacey Jane’s Top 10 and platinum single “Booster Seat” taking out the number 2 spot in triple j’s Hottest 100. Three more tracks from Sunlight made the countdown, with “Weightless” at #81, “Straightfaced” at #28 and  “Skin” placing #15.

Today also see’s Spacey Jane announce their debut UK headline tour, including a huge show at London’s Lafayette. Tickets go on sale Friday at 10am, and the full list of dates can be found below.