By Editor
By Editor October 15, 2014 Culture, News
No Comments

Steampunk band The Men That Will Not Be Blamed For Nothing have announced a further three UK headline dates this autumn. 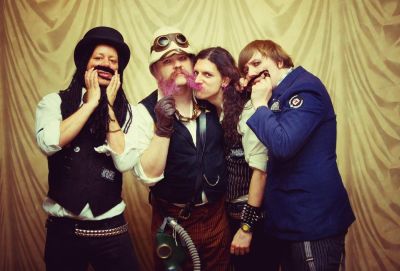 The shows in Nottingham, York and Newcastle, plus a centrepiece hometown date at London’s Highbury Garage on November 14, will be the band’s first appearances as a four piece since vocalist Andy Heintz was diagnosed with throat cancer this April.

Andy is now making a good recovery, and the band are once again firing on all cylinders. Work is already underway on a third album, tentatively slated for release in Spring/Summer 2015, with some of the new material set to be debuted at the upcoming shows. The group are inviting fans to join them in celebrating ‘kicking cancer’s arse’ at the following dates: