With 100,000 rock fans descending on Donington Park this weekend for the eighth Download, making this year’s festival the biggest ever, organisers have proclaimed 2010 a resounding success and a highlight of the site’s 30-year history. 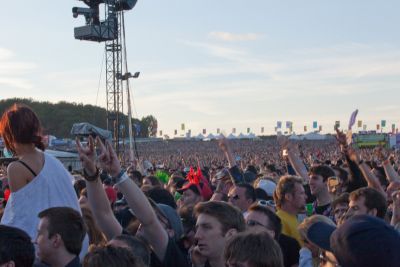 The legendary site celebrated 30 years of rock with over 100 bands performing across five stages with artists flying in from across the globe especially to commemorate this special anniversary.

For the first time in Download history, a headliner brought in their own stage. On Friday night, AC/DC performed a spectacular two-hour set on a stage erected beside the Main ‘Maurice Jones’ stage, a set resplendent with all their iconic hits such as ‘Back in Black’ and ‘Hell’s Bells’, and a massive stage production that involved a giant train and an inflatable Rosie.

Despite the 1-1 World Cup result in South Africa, it was the Americans that scored all the goals and stole the show on Saturday with amazing Main Stage performances from Megadeth, Deftones and the return of Rage Against The Machine.

Today the classic rock contingent arrived on site with Saxon, Cinderella, Billy Idol and Motorhead rocking out with the impending closing set from Aerosmith to look forward to. That’s not to say the Main Stage had all the best action; the other stages (five in total – another Download festival first) were overflowing with memorable performances, from Bullet For My Valentine who headlined the Second Stage on Friday – and who also got a big thumbs up from Slash today during his press conference – HIM, Saturday’s Second Stage headliners who covered Billy Idol and Chris Isaak, plus Rolo Tomassi, Cancer Bats, Taylor Hawkins and many many more who kept the music going throughout the day.

2010 was also a time for commemoration, as Download Festival organisers marked the memory of the aforementioned Maurice Jones, the founder of Monsters of Rock who passed away last year. Download’s Main Stage was named in his honour while a plaque will be placed permanently at the gate of Donington Park so his presence could be remembered all year long. At a private ceremony held to unveil the plaque, Mr Jones’ widow Diane, said: “We feel very proud that Maurice has been remembered in this way, he would have loved it”. Diane was joined by her daughters Nicola and Christine.

Download Festival also paid tribute to those rock legends who tragically lost their lives over the last few months. On Friday night after Them Crooked Vultures, a video on the Main Stage celebrated the lives of Ronnie James Dio, Paul Gray (Slipknot), Pete Steele (Type O Negative), Stuart Cable (Killing For Company), Mike Alexander (Evile) and Maurice Jones. On Saturday, a second video on the Main Stage paid an intimate tribute to Paul Gray, with memories of Slipknot’s headlining performance on that stage this time last year firmly in everyone’s minds.

The official Download Festival website team were working double time to ensure that news, reviews, interviews and podcasts went up over the weekend – including 700 photos – with plenty more content to be added in the coming week. As of this afternoon, the website received 200,000 visits during the festival, with an average of 1 million visitors to the website per month this year. Download Festival also has an incredible 100,000 Facebook Fans and over 17,000 followers on Twitter – with 250 Tweets going out over the weekend along with 6,000 texts.

Check out our Twitter for some of our updates from the weekend. Come back to read our review soon!

Watch a video for EsOterica‘s video for ‘Silence‘ below – we really enjoyed them! 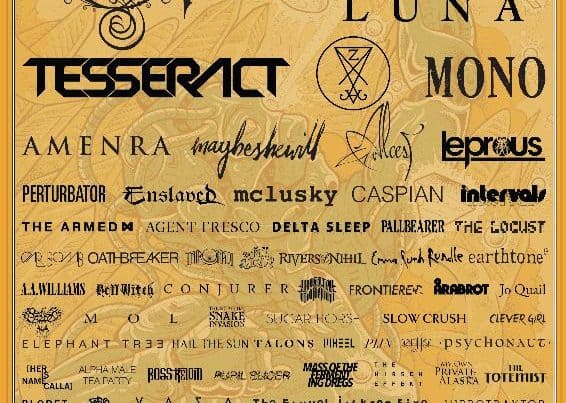