UCLAN students shooting on the streets of Los Angeles

Home » UCLAN students shooting on the streets of Los Angeles

Nine UCLan media production students are going to make films on the streets of Preston and Los Angeles. They will be making five films as part of the Five Thousand Miles project organised by UCLan Screenwriting lecturers Bill McCoid and Sarah Evans. 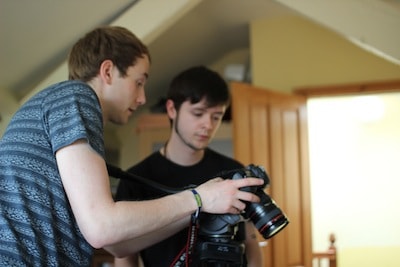 Whilst on the visit, apart from the filming the students will be meeting with producers, writers and other media professionals in Los Angeles. Said Screenwriting course Leader Bill McCoid, “The heart of the screenwriting is California and so that is the place we should be taking our students to.”

The party will also be attending the Los Angeles film festival. People will be able to follow the entire trip by going to the team’s Facebook page and web site as well as Twitter. “There will be news reports that we will be posting while we are there,” said Screenwriting lecturer Sarah Evans.

The team is made of students studying Screenwriting, Film Production, Television, Web Design and Journalism.

The Los Angles film, all written, directed and produced by UCLan students, will premiere at a special screening at UCLan in the autumn.