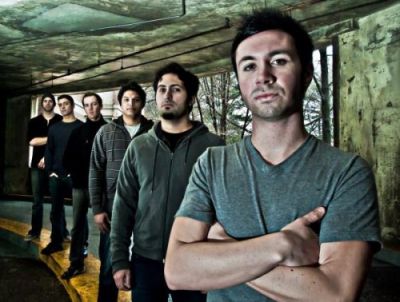 “After a year of hard work on our two new albums, ‘Juggernaut: Alpha’ and ‘Juggernaut: Omega’ we’re excited to be able to share the first look at music from either album,” said guitar player Mark Holcomb. “‘The Scourge’ shows off a darker, more brooding side of the first album, Alpha, and it touches on some of the melodic and lyrical themes referenced throughout the two albums. Enjoy!”

Earlier this week, the band released the artwork from the two albums which reflects the story behind the “Juggernaut” releases, a tale of birth and re-birth with the first album (“Alpha”) sharing the origins of the main character and the second offering (“Omega”) sharing the gut-wrenching twists and turns the tale takes.  Each release is housed an outer, die cut o-card with the band’s signature P and three dot logo, which, once removed features a booklet cover from graphic novelist Justin Randall. Each album includes a 12-page booklet with numerous illustrations that add a visual layer to the conceptual albums.

Track listings for the ‘Juggernaut’ albums are: