Want to be a part of Independent Venue Week 2015?

Following on from a hugely successful inaugural year, the organisers of Independent Venue Week are starting to put together plans for the 2nd year to take place once again at the end of January 2015. 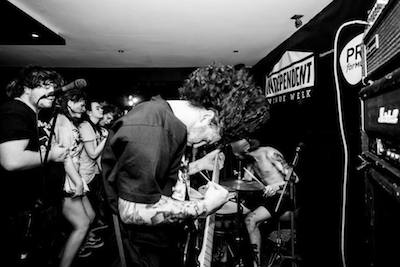 This past year, 17 venues took part in 2014 with 6 nights of gigs across the UK from Tuesday, January 28 until Sunday, February 2nd. Support came from BBC Introducing as well as Radiohead’s Colin Greenwood as the projects’ Ambassador.

“It really was a fantastic event this year”, said Sybil Bell, Co-Founder. “It’s always difficult to gauge how something like this will work and also be received but the response has been incredible from the venues, artists and gig goers. We had 69 artists playing to 2,375 gig goers up and down the UK.”

“We wanted to keep the first year relatively simple in terms of number of venues and number of locations. Now we’ve had such a great start, we’re looking at how the project will develop for year 2 and beyond.”

The announcement about Independent Venue Week resulted in a number of venues approaching the organisers about being part of the project. Those venues will be contacted shortly but Bell is keen that venues all across the UK have the opportunity to be part of the initiative.

“We’re keen to hear from any venue that is independently owned or run with a truly independent spirit that would like to take part. If they are part of a group that has a few venues, that is likely to be just fine. We’re after venues that support new and upcoming talent playing original music that form a vital role in their local community rather than those who only have covers or tribute bands.”

Any venue wishing to get involved should email the organisers whose details can be found on the main website www.independentveneweek.com