Watch The Novus get angry on ‘I Serve Not’

Leading the Gen-Z charge fuelled by council-estate angst, and longing for escape from small-town mentalities, fast-rising Midlands outfit THE NOVUS today share the video for their new single ‘I Serve Not’ – taken from the debut EP ‘Thaleia Standing’ – due Friday 18th June. 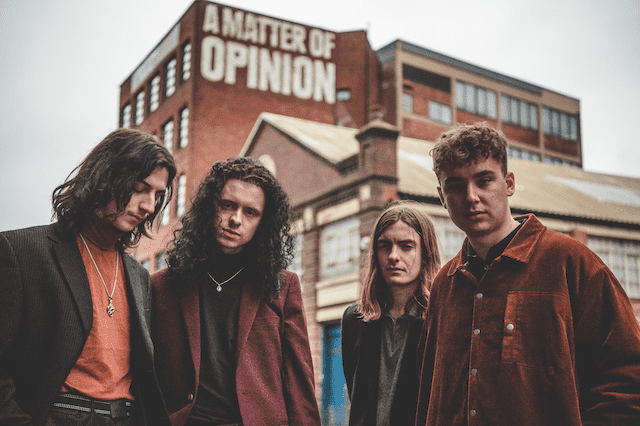 Aiming to offer an outlet to some of their favourite visual creators, the band asked three different artists to create a video for ‘I Serve Not’ – with the first of the trilogy coming from Conor Stirling.

The band elaborate, “This is the first in a trilogy of videos in which we sent an identical brief to 3 different people in an attempt to conduct a creative experiment to determine how important the role of the ‘individual’ is in any art-form.”

“We laid out 3 reference videos, a bunch of stock footage with the option to find more & a previous performance video of ours & received back 3 different outcomes based on the individual’s background, experience & style. It is by no means a competition, but more so an outlet to work with multiple creatives on 1 project to express their individuality based on a collective vision.”

‘I Serve Not’, the first single to be taken from The Novus’ debut EP. Written around the time of the 2019 General Election, the track is a representation of the band’s resentment towards those who do not look after others.

“It also represents the resentment of those who exploit people for self gain. The lyric ‘it’s simple common sense’ came about from Jacob Rees-Mogg’s interview with LBC surrounding the Grenfell victims. It became so poignant in this track because it truly defines the ultimate meaning of this song.“ tells vocalist Connor Hill.

Named after Thaleia, the Greek muse of comedy; ‘Thaleia Standing’ is a story about the personification of the mask.  We live in a society where we conform to people’s expectations, put on a brave face and cover up our true feelings for the sake of others; on ‘Thaleia Standing’ The Novus explore whether life is easier should you put on a mask and conform to social norms, or learn to understand your own feelings and emotions; leaving the mask behind as an entity rather than a physical being.

Impossible to define, The Novus extract influence from all areas of the musical spectrum – from 70s psychedelic rock to contemporary post-punk; entirely enamoured with every aspect of the eternal realm labelled ‘art’.

On their debut EP, produced by Gavin Monaghan at Magic Garden Studios (Editors, The Blinders) those influences present themselves in the form of gritty, defiant guitars, growling punk vocals and a swaggering confidence driven solely by the sheer anger and need for change felt by the youth of today.