By Dom Smith May 18, 2022 Features, Interviews, News, Wrestling
No Comments

Home » CYN Project Spotlight #2 Vinny Pacifico talks about his time in ROH, his relationship with EC3

Dom chats to CYN’s Vinny Pacifico about his inspirations, relationship with EC3 and more. 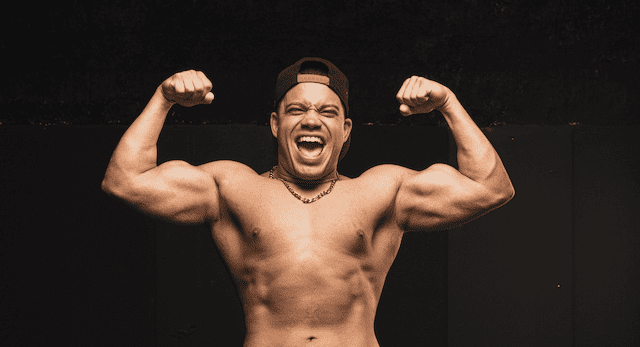 In terms of his journey to The Narrative, Vinny opens up about how he came to EC3 about getting in shape first, and things developed from there: “I caught Covid about two and a half years ago, and I stopped wrestling for three months because I was sick, and got depressed. I gained a lot of weight during those three months, so I hit up EC3, and he gave me a really good diet. Also, the company that I came back to asked me who I wanted to wrestle, and I picked EC3, I kept to the diet, and dropped 30 pounds to look my best. We had a great match, and we developed a good relationship. We became friends. He has been there for me through thick and thin, and everything he has told me has been right. We had a second match, and then he brought me in to CYN.”

Vinny was trained by the likes of Jonathan Gresham and Rhett Titus at Ring of Honor, and learned so much during his time: “That was the best locker room I have ever been in. The people in that locker room have been so supportive of everything, and are awesome.”

On misconceptions about The Narrative, Vinny says that people are always going to have their own opinions: “I worked for their first show, and kept my eyes open. It’s just a wrestling show with good stories, with people who love wrestling. It’s not what certain people have made it out to be. It’s not a cult. People will believe what they believe, and that’s okay. I can only go with my experience.”

In terms of what Vinny wants to achieve in wrestling, and the mark he wants to leave on the business, he says that it’s important for him to leave a legacy behind: “I want to leave a legacy for my family, and in wrestling. I want to leave wrestling better than I found it.” Vinny intends to do that by being a good person, and having good motives: “It’s about treating people with respect,” he says. “You have to be genuine because there are a lot of fake people out there.”

Overall though, he wants to work to change and impact people’s lives: “That, to me is beautiful.”

In terms of career highlights that have helped Vinny stay motivated, he talks about wrestling Matt Sydal, as well as Davey Richards and Gangrel, to name but a few: “I got to wrestle for Evolve, and I believe I was on one of their last shows before they went with WWE. I got to have a match against Joe Gacy on NXT last year. It has been a wild ride.”

Since joining CYN, Vinny says he’s become a better performer: “I’ve put more work in to matches, to push myself and make myself better. I want to be able to adapt to anything. I want to be undeniable.”

What does Vinny hope for the future of CYN? Just that fans enjoy the product and open their eyes (and minds) to it: “I hope people start to see how good of a person EC3 is, and more eyes get on it. I really hope the best for everyone.”

Check out the full chat below, where Vinny offers advice to any wrestlers interested in CYN, and more: