London-based emerging indie-grunge artist Daisy Brain aka Will Tse has today released new EP ‘Disconnected Happy’ – LISTEN HERE. Completely written/co-written by Daisy Brain, the EP features previously released tracks ‘Down’,  ‘What Would You Do?’ and ‘Digital Atlas’, which premiered as Jack Saunders’ Next Wave on BBC Radio 1 in February. 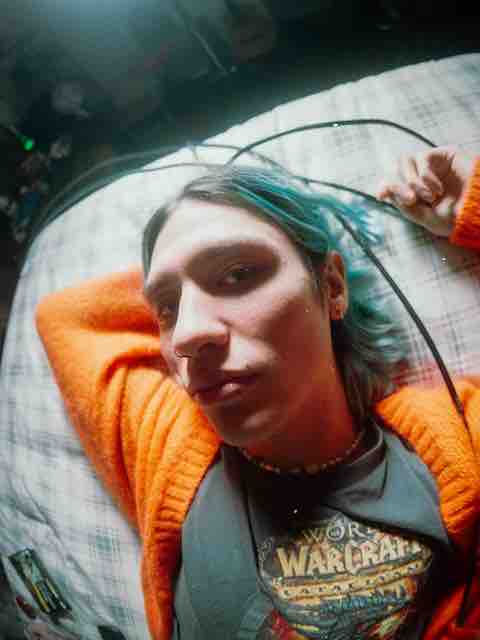 On the EP, Daisy Brain says: “Disconnected Happy explores themes like escapism, depression and a relatable mindset of how everyone deals with their problems. You watch the world collapsing around you and all that’s left do is immerse yourself in Netflix, YouTube, and games like World Of Warcraft; to live in a fictional universe. You might steal stuff for a rush to take your mind off the suffocating loneliness. When you know it in yourself that you’re making things worse, you just don’t care. I’ve always found escapism to be a poignant topic in my songs. This EP walks along the tightrope of mental health whilst taking it a little less seriously. Self-deprecation is funny and so are the thrills you take to make life a little more exciting.”

Daisy Brain hit the road on a string of SOLD OUT shows across the country earlier this year including London’s Camden Assembly, and recently announced that he’ll embark on a further 11-date headline tour in May 2022. May will also see Daisy Brain hit the festival circuit, performing at Brighton’s The Great Escape Festival and The Neighbourhood Weekender at Warrington’s Victoria Park, as well as appearing at London’s Community Festival in July. Full list of tour dates can be found HERE.