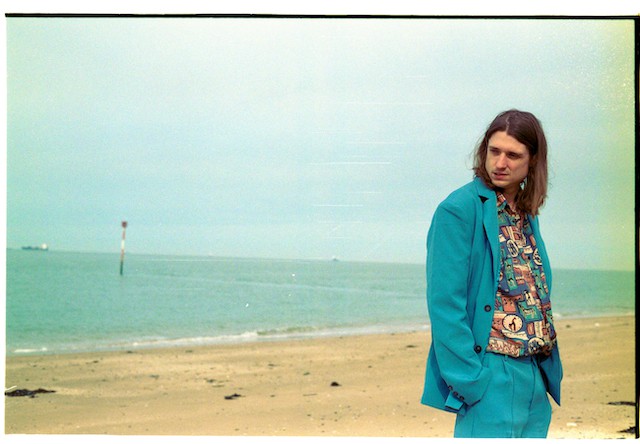 S] How are you doing today?

I’m good. I’m in a car travelling to Manchester to play a show wondering if I’ve remembered to pack everything.

It’s been great actually. I’ve spent so long inside working on the music it just feels good to be out showing what we’ve been doing to people. The album has so much in it, it’s exciting trying to pick out the most important elements to convey in a live setting. It could probably be three completely different bands and each one would make equal sense.

S] How do you feel about the release of ‘All These Things’ now that it’s out in the world?

Really good. I think it’s done pretty much exactly what I hoped it would do. It’s a tough time to put music out after the pandemic and it was such a huge effort to get it over the line, it means as much to me on a human level as it does artistic. Knowing that I did that and that people are connecting with the daft lyrics I write gives me a lot of comfort and satisfaction.

S] Can you talk me through the inspirations behind ‘Millennium People’?

‘Millennium People’ comes from the JG Ballard book of the same name. I’ve always found a humour in his writing which I can only describe as extremely English – even though he isn’t from England. It feels like the world really is going to shit at the moment and particularly post Brexit and post Obama we are starting to see society in all areas eating itself. Like it could get nasty and maybe a modern reading of this isn’t dystopian sci-fi but a realist perspective.

That is a tough one. The older I get it just seems to be how close I can get to fully realising an idea (or even just a process around that idea). It seems to take me such a painfully long time to make anything, just feeling like it’s going in the right direction feels like a win. Jarvis Cocker described himself as a tortoise and I really resonate with that. My practice and my OCD are pretty intrinsically linked so as long as I’m constantly making some progress toward my aim I take comfort in that. Perhaps not feeling like everything is a struggle would be nice but then I saw Nick Cave talking recently, and he said every time he makes an album, the whole process is hell so maybe that’s just the way of things.

S] Do you pay much attention to legacy? What does that mean to you?

Again maybe it is just the headspace I’m in, and without wanting to sound too morose, but I think this is largely connected to how I feel about death on that day. I constantly feel like the amount of time I have to make anything worthwhile is shrinking so I suppose I just want to stick as much of me in the world before I go kaput.

I do subscribe to the David Lynch idea that we are just the receivers, and the ideas exist out there in the idea space somewhere, so a lot of my practice is just about tuning in the receiver. Not in a particularly arrogant way but I don’t really believe that anyone makes the kind of work I want to make, so being able to fully realise that I think will do what it needs to do.  I suppose I’m too preoccupied worrying about what I’m doing with my life right now to think about what posterity will make of it.