OUTBREAK FEST announces one of the most respected and technically dextrous MCs in rap today, Denzel Curry as the first of four headliners. He strives to be impossible to pin down musically, whether it’s collaborating with the most popular artists in hip hop to those in other realms, he blurs the borders between genres and is one of the most exciting headliners OUTBREAK FEST has ever had. 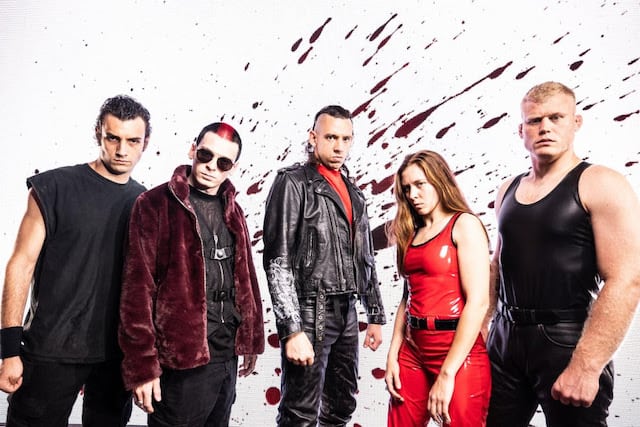 Another headliner announced is the incredible Californian experimental group Death Grips, whose mix of electronica, industrial and punk rock fused with rap and hip hop mark them as one of the most interesting groups in the world right now.

One of the most loved and respected hardcore bands of all time, Massachusetts band Converge will co-headline one night and bring their unmissable live show and quite frankly ridiculous back catalogue or material to OUTBREAK FEST in 2023.

Also announced include Pittsburgh hardcore punk band Code Orange (pictured), who have (since forming in 2008) gone on to receive worldwide acclaim, award nominations (including two Grammys), built a very loyal, rabid fan base, and released some of the most progressive and important heavy records of the last 20 years.  Show Me The Body just released a new album to critical acclaim and are back for the second year in a row after causing such a stir last year, it was clear they had to return.  Earl Sweatshirt, also part of the alternative hip hop collective Odd Future, will make his Outbreak debut.

Alongside the incredible artists across the weekend will be a Skate Jam, art and photography exhibition, Independent market, street food and more. 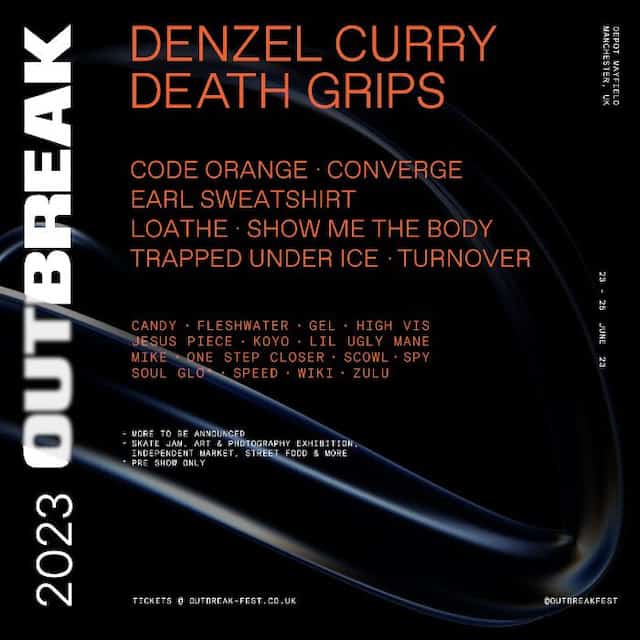