D’Lo Brown talks performing at Wrestlemania, being nervous on IMPACT commentary, a dream feud with Moose, tips for UK wrestlers

Wrestling legend D’Lo Brown talked to Dom Smith about his history in the wrestling business, and gives some tips for wrestlers on the UK scene, as well as reflecting on his time in WWE and IMPACT. 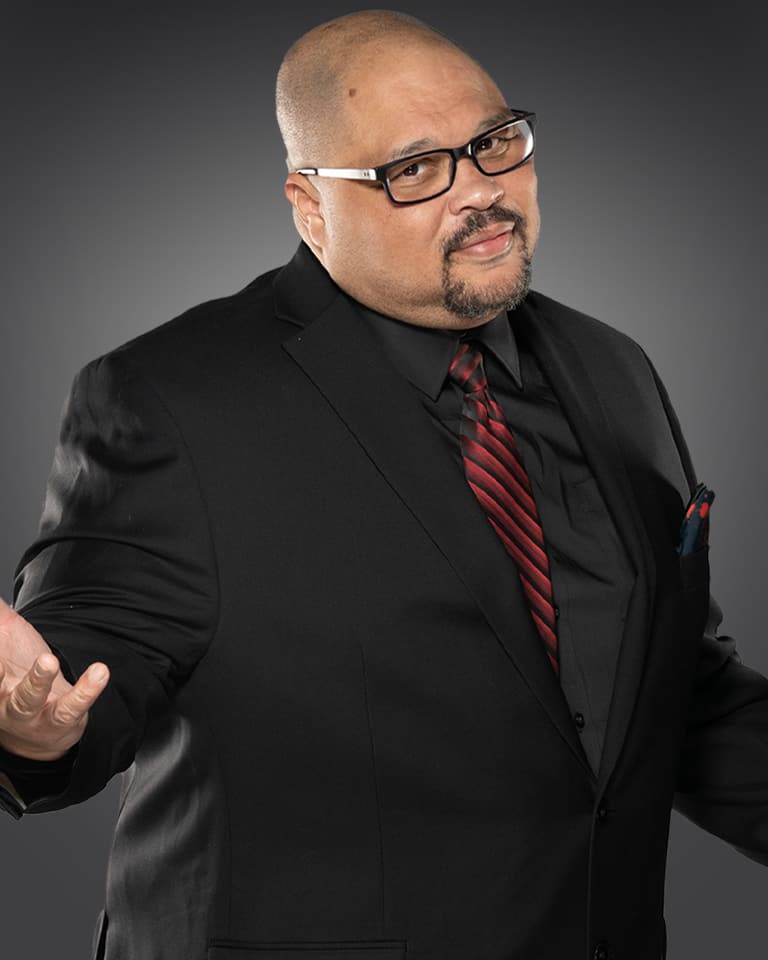 It is certainly great to chat to D’Lo who was in high spirits about being back in the UK for a media tour: “I’ve done a lot of work, but I’m lucky to have still had a lot of down time where I can take in the country and the food.”

D’Lo relishes UK wrestling fans, and says that we are unique: “People here sing your name as if it’s a soccer game, they don’t shout like in the US! The overall wrestling vibe in this country is amazing.”

On his legacy: “I think legacy is best left to others. It goes back to longevity. The more generations that you can help teach, and be around, that is what matters to me. That cements my place in this business.”

D’Lo reflects on the confidence that he always brought to the ring, and how that wasn’t something he always had access to: “Confidence is something I developed,” he says. “I did play sports, and so I was confident that way. Though, being one-on-one with people or the centre of focus in a large room with people, that confidence had to come with me being out there, and the more I was in the ring, the more comfortable I became. When I felt that confidence, it all came out and the character really grew.”

When asked about key lessons that he has learned, and what he would say to younger wrestlers, D’Lo mentions that it is important not to put a timetable on success: “Don’t say that ‘I have to get signed in two years’, it may not happen in two years, it may happen in five years. It’s a business and a product, but at the end of the day, it’s something that we used to do in our backyards! If you’re having fun with it, have fun. As the business grows, and as you do, then worry about making money, but right now just enjoy it.” D’Lo continues to offer some sound advice: “Don’t worry about the character just yet, build your body and your foundation of wrestling. If I put a clown suit on you, you need to be able to go out and get a clown suit over, because your wrestling gets over. Everybody wants to be Stone Cold, or The Rock. Wrestle first, and then find a character.”

With IMPACT’s Rebellion PPV coming up, D’Lo thinks about who on the current roster he would like to face: “I think a young me versus Moose, and to just have that clash of confident guys going at it. I’d love to test my skills against Josh Alexander because I consider him the next Kurt Angle with his wrestling acumen, and in-ring ability. I’d like to see if I could keep up with them!”

Since leaving wrestling, D’Lo doesn’t miss being in the ring, but he does love helping new stars create moments: “I was at FutureShock Wrestling in Manchester. I was helping some guys put together a match, and I said, ‘try this, it’ll work’, and when they did it, the crowd went bananas! This is why we do it. We created a moment for those people.”

Even the ever-confident D’Lo Brown suffers with confidence issues sometimes. He recounts the first time he stepped behind a commentary booth for IMPACT: “I didn’t know if I could talk! I had no clue if I could do it, until the red light came on! I did it! I was scared, and I thought I was gonna fail, but I pushed through and wanted to do it again!”

All roads now lead to the annual REBELLION PPV, set for Saturday April 23 and live on FITE.tv. The main event features World Champion Moose putting the gold on the line against Josh Alexander. Violent By Design (Eric Young, Joe Doering and/or Deaner) will also be defending their World Tag Team Championships.

Fans in the UK can watch IMPACT Wrestling on IMPACT Plus and/or the IMPACT Insiders YouTube channel.

Watch and listen to the full chat below: