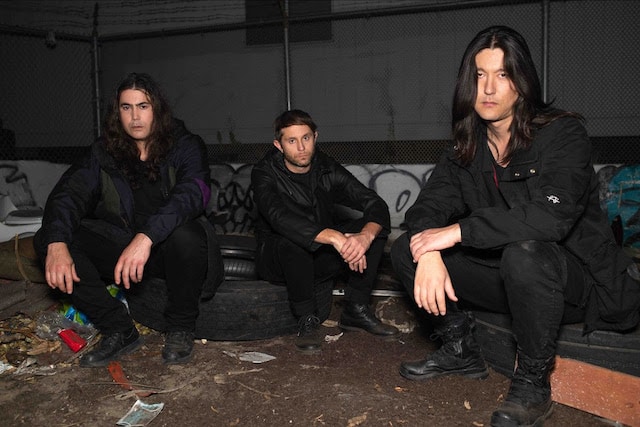 The band of Jacob Duzsik, John Famiglietti, and Benjamin Miller are set to play an album release show at L.A.’s 1720 on 6th April, featuring EKKSTACY as support, ahead of a run of  European dates with Peturbator, Youth Code, and Maenad Veyl on select dates; a full itinerary is listed below and tickets are on-sale now. Pre-order DISCO4 :: PART II HERE.

Three years after VOL.4 :: SLAVES OF FEAR, the L.A. trio’s ferocious entry into the world of heavy music, HEALTH return with the second half of their DISCO4 series. A whole lot went to hell in the world in the meantime, forcing the band to re-invent how they wrote music together. For DISCO4 :: PART II they cut it fast and mean, recruiting both legends and nascent contenders of heavy music and its many peripheral genres.

HEALTH are not only making the heaviest, most genre-obliterating music of their career. They’re documenting just how insane it feels to be alive right now.