Last month, Hundred Reasons announced that their first album together in 15
years, Glorious Sunset, is due for release on 24th Feb 2023 via SO Recordings. Sharing the lead single and title track ‘Glorious Sunset’, the response was ecstatic from fans and press alike – Louder stating that “the timing couldn’t be more perfect, (Glorious Sunset is) a thumping rock anthem signaling a very welcome return from the British band.” and NME proclaiming the comeback “a moody, cinematic and emotive song driven by the group’s trademark post-hardcore energy.” 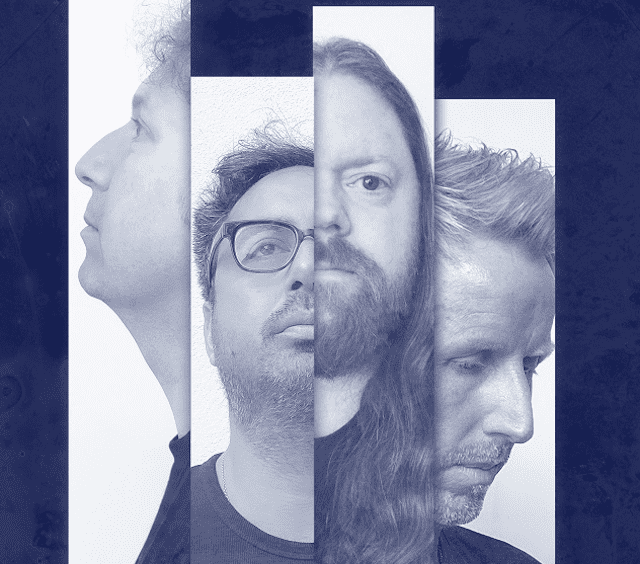 Pre-order the album Glorious Sunset on CD and white 12″ vinyl, as well as T-shirts and signed lenticular prints here.

Today the band celebrate both past and future, new label SO Recordings partnering up with the band’s first, Fierce Panda, to announce a limited edition 7″ that pairs the title track on the A-side to a reissue of early favourite “Cerebra” on the B.

“Cerebra” was the first song on their first ever release, “EP one”, and it’s a track that FP label head Simon Williams calls his favourite ever Fierce Panda single in the new book ‘Pandamonium! How Not To Run A Record Label’, out now.

Vocalist Colin Doran had the following to say about the track:

“This is the first song we ever wrote together so brings back a ton of memories. It was amazing when Fierce Panda came to us with the idea of re-releasing it with the song Glorious Sunset. For us, it’s like things have come full circle.”

As well as the 7″, Hundred Reasons also announce the release of an official podcast, entitled Live Fast, Die Ugly: The Hundred Reasons Podcast put together by Tom Kwei. The four-part podcast series chronicles the band in their own words.

From their first ever performance at Kingston’s The Peel on Jan 22nd 2000 all the way up to their upcoming 2023 reunion shows across the UK and new album, Live Fast, Die Ugly covers everything anyone could ever want to know about one of the UK’s all-time unsung juggernauts: the global tours, the fiercely loyal fanbase, the top 10 album chart breakthrough, the anomalous Top Of The Pops appearances, the disbandment, the reunion and everything in between.

Colin had the following to say about the podcast:

“Tom Kwei came to us with the idea as a massive fan and we’re pretty sure he knows more than we do about the band, so it was a no-brainer saying yes and going ahead with it. We never considered ourselves the most exciting band in the world but turns out we actually have quite the story to tell.”