Something Alternative: I wanna be a rockstar

Home » Something Alternative: I wanna be a rockstar

If only there were a shortcut to rock super-stardom like there seems to be on the BBC and ITV with X-Factor and The Voice. A quick enrolment form to fill in, a binding and strangling contract to sign that doesn’t have a Route 66 letterhead and ‘hey presto!’ “Hello Wembley, this one’s for all the ladies out there!!”. Sadly there’s not. The only way to be a ‘rockstar’ is to relentlessly tour the circuit, bath in caffeine and be prepared to get into a war of words with your best mate’s band at the drop of a hat. 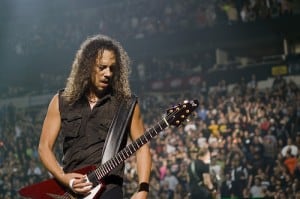 You’ve seen Metallica and Megadeth with their Gibson Flying V guitars right? Do they play them in the studio? Nah! It’s all about the look, the chic and the cool. Studio Vs stage is like au natural vs make-up. The difference between a ‘Rock God’ and a rockstar is knowing how to trick the Devil long enough into giving you more stage time and better press. Recite this mantra whenever in doubt – ‘square peg + round hole = one quick job with a hammer’.

Do your research, learn the lines, walk the walk and talk over the talk. Don’t for a second think that just because you have the tunes that you have the talent! This isn’t the music industry we’re talking about here you fool, this is where legends are spawned and that only comes at a Gladiator slaying price. That’s post-watershed entertainment folks!

Have quick access to the tools of the trade. Do you have all available Guitar Hero releases? Have you spent your lunch-break hooked up to a local WiFi connection playing the Rockstar slots with ChipzUp and 7Red.com on your iPhone? It’s these same slots you’ll be playing on tour, only the groupies may be real and not digital! Which Spotify package have you got? If it’s the premium one, you might as well give Lars Ulrich a call and cancel the support bill request circa summer 2015. It’s a digital world baby and more people press fast forward than rewind and don’t you forget it! 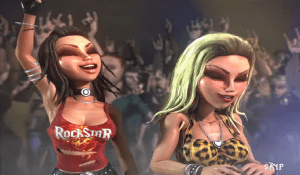 I Wanna Be A Rockstar!

Ask yourself one question, “would I want to join a club that would have me as a member?”. If the answer is yes, go back three spaces and roll again, if the answer is no, proceed to Go and collect £200. Remember the golden rule in rock, it’s not who you know, it’s who knows you.

Ultimately it all comes at a price. If you live beyond the age of 27, you’ve either done something horribly wrong or beautifully right, it depends how you look at it. “It’s better to burn out than to fade away” says Neil Young, in his late 60s now and still pedaling the folk rock singer schtick like he’s just purchased his first plaid shirt. Nobody wants to see a fat Axl Rose parading the stage, puffing on an inhaler and welcoming you to the Paradise City, where the grass is green and the girls have 2 kids and a real estate husband.

Your mission, should you choose to accept it is: