New IMPACT Knockouts Champion, Tasha Steelz has opened up about her desire to face Deonna Purrazzo, and Trey Miguel for their titles in this brand new interview with Soundsphere. We also talk about Tasha’s definition of success, plans for the future and respect for a certain legend… 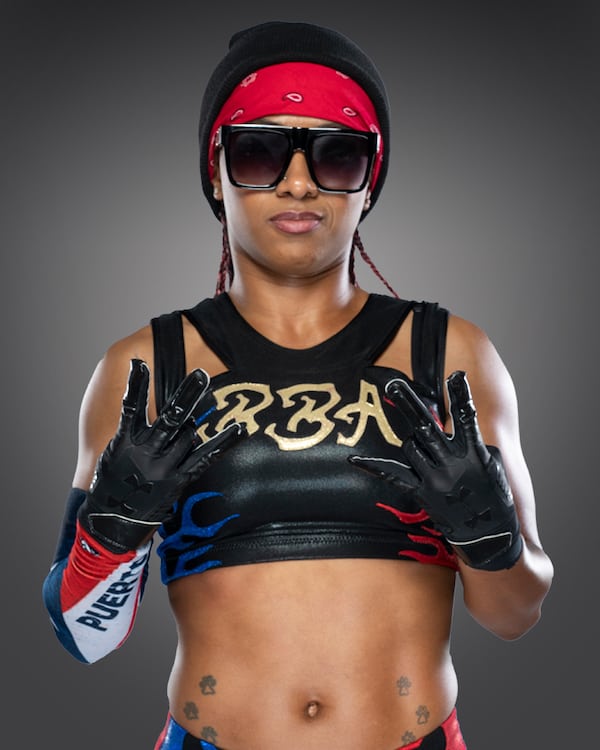 When reflecting on becoming champion, Steelz says: “I’m just trying to take it all in right now.”

When Tasha first signed to IMPACT, those around her felt relief, but for the performer, it was the start of the race: “Now, I’m taking off! I had to work from there. Even when I was a tag champion, it was never enough. It was the hustler spirit in me that made me keep going.”

It was the Ultimate X for the number one contendership for the Knockouts Championship that spurred Steelz on, and she was definitely ready for the challenge: “I need to be at the top. I’m still going now. I don’t feel like this is enough. I need to prove that I am the best of the best. I don’t mind going against Deonna (Purrazzo) for her title, and I don’t mind going against Trey (Miguel) for his. It’s all about making history. It ain’t history if there’s no flava’ in it!”

Talking about the razor sharp confidence that Steelz showcases on TV, Tasha says that she is actually a shy person. “I can get away from being shy on TV. I can go out there and have fun!”

In terms of growth as an in-ring performer, Steelz talks about how it has been important to take criticism and learn from it: “There are people here [in IMPACT] who want to help you, and not hurt you. Taking that criticism has been one of the ways I have grown. Like I said, I was very shy before, and it was hard for me to get that confidence. For legends to take their time and watch me and help me grow, and for me to be coachable, has really helped me to get here.”

Offering advice to others who are struggling to find their confidence, Tasha says that it can be difficult: “Mentally you just have to be free and let go, and try to have fun with what you are doing. Don’t overthink things!”