By Editor
By Editor October 20, 2022 Manchester, News
No Comments

Jaws The Shark announces the forthcoming arrival of his self-titled EP (out November 25th), and shares frenetic new effort ‘Reno’, out today (October 20th) via So Recordings (Enter Shikari, Placebo). 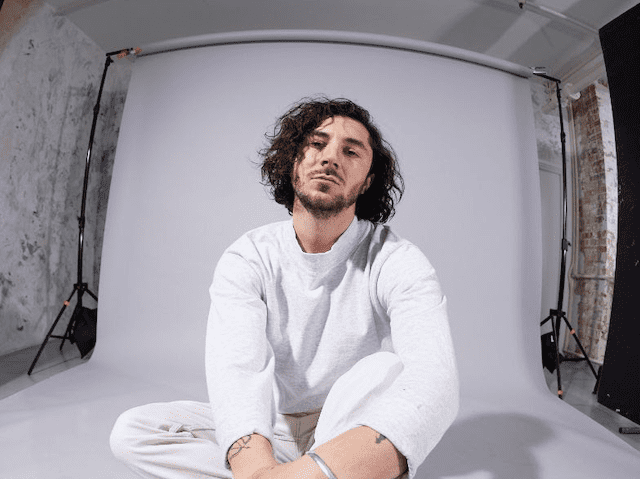 Teaming with the revered label for his upcoming record, the London-based musician’s latest effort is another full-throttle alt-rock assault, and arrives alongside news of his nationwide UK tour supporting cult outfit Deaf Havana this November (including a date at London’s iconic Roundhouse venue).

Having already attracted a groundswell of support from key press champions (Dork, The Independent, Gigwise, Rough Trade), in addition to multiple plays on the BBC Radio 1 (Jack Saunders) and BBC 6 Music (Shaun Keaveny, Huw Stephens) airwaves, the solo project of Londoner Olly Bailey has certainly gained strong momentum over the last 18 months; whilst August’s EP lead single ‘Destroy The World’ (feat. Dinosaur Pile-Up) catapulted him straight back towards the forefront of the emerging indie landscape.

Detailing his newest release, Jaws The Shark explained: “I wrote ‘Reno’ about one of the most memorable nights out I’ve ever had. Myself and my friend Mike Sheils (who also drums on the track) found ourselves in a place called Lake Tahoe in California one time for the evening, although the track is called Reno, it’s actually about the evening we had prior to travelling to Reno the following day. All I will say is that having E-scooters available directly outside of a casino exit is probably not the wisest of places to put them. It was a fun trip, minus the broken phone, chipped teeth and battle wounds from falling off of the scooter! A lesson learned the hard way, but one of my favourite Jaws the Shark songs to date was the result.”

Produced by Larry Hibbitt (Nothing but Thieves, Don Broco, Sea Girls), Jaws The Shark’s ‘Reno’ is out now ia So Recordings and available on all digital platforms.