‘JESSICA’ is the debut single from Gen Z Internet Sensations, The Tyne

Home » ‘JESSICA’ is the debut single from Gen Z Internet Sensations, The Tyne

Having built a following of over 400,000 followers on TikTok since their formation in 2019, UK-based pop-punk newcomers The Tyne are flipping the script as they unleash their spirited debut single “JESSICA”, out now on Slam Dunk Records. The Tyne will kick off the six date ‘Talking In My Sleep’ tour this weekend on Sunday 20th February in London. 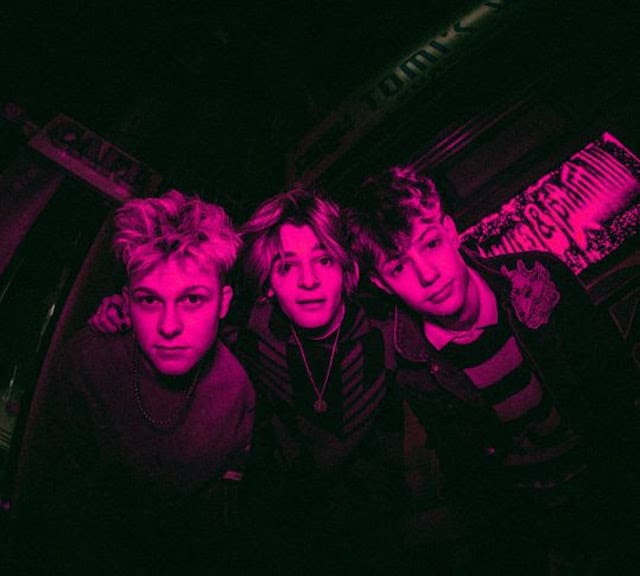 Recorded by Gethin Pearson (Charli XCX, KennyHoopla), “JESSICA” sees the Gen-Z three piece blend contemporary pop-punk with an unadulterated youthful energy, taking influence from the likes of Yungblud and Twenty One Pilots while obliterating outdated tropes of the genre. Exploring guilty feelings of narcissism and the strained relationship with social media,  the character Jessica is the hero of The Tyne’s story, encouraging the band to stick with it and make something great of themselves. The band explain it wasn’t a deliberate statement but it does go to show how the newcomers are bulldozing through tired stereotypes and creating art based on their refreshed worldview, and it’s really exciting to see.

The Tyne originally formed in 2019 between London-based Cooper Stout (bass) and Ryan Lofthouse (vocals), then based in the North East. The pair recruited Josh James (guitar) in early 2020 but before they could start exploring this new chemistry, the world went into lockdown. Rather than bonding over in-person writing sessions or backstage practices, the three lads had to get to know each other through social media and online games in between the constant file-sharing of song ideas.. “When we first got back together after lockdown, it felt like we’d known Josh all our lives’ explains Ryan. A week later they were all living together, determined to make up for lost time.

For most of their lives, the members of The Tyne existed in a world where pop-punk was very much an underground concern. The band  might pull from a range of their guitar-driven childhood influences with a love of big choruses and catchy hooks (My Chemical Romance, Foo Fighters, Jimi Hendrix, Blink 182) but they never wanted to be just another pop-punk band. However, the Gen-Z led resurgence of the same scene that had soundtracked their childhoods inspired them even further. “Travis Barker was on almost every song going and then there’s stuff like Olivia Rodrigo’s ‘Good 4 U’ (with Paramore’s co-writing credit) and the guitar-driven breakdown of Billie Eilish’s ‘Happier Than Ever’” starts Cooper. “It suddenly felt like we could do it, but make it feel relevant.”

“We love pop-punk, we love powerchords but we wanted to have our own sound,” says Ryan, with the group wanting to add offbeat pianos, synths and whatever else got them excited in the studio. “We put that experimental spin on it because we didn’t want it to sound like everybody else,” adds Cooper before Josh explains how the group wants to “bring everything we love about other genres into pop-punk.”